Next Iran nuclear talks set for Feb. 18 in Vienna 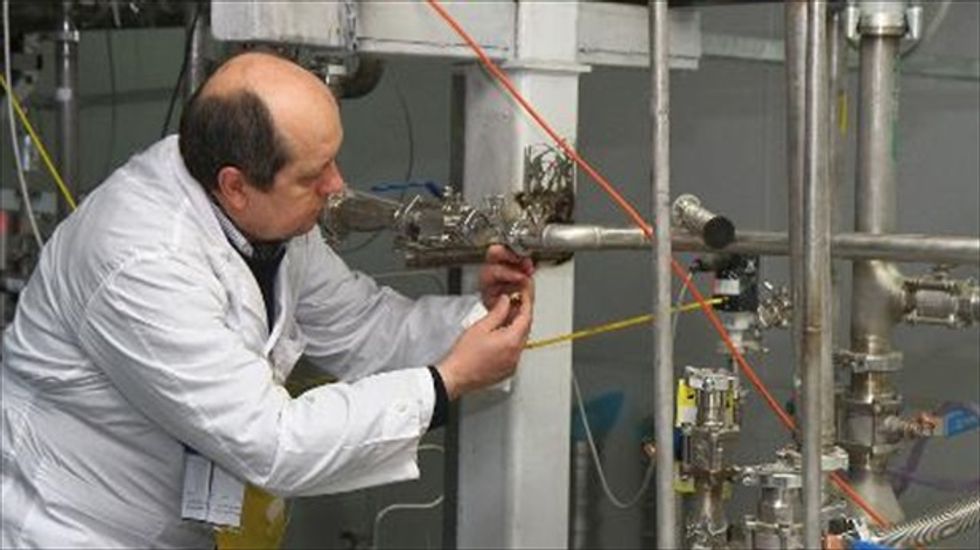 An Atomic Energy Agency inspector disconnects the connections between the twin cascades for 20 percent uranium production at nuclear power plant of Natanz on Jan. 20, 2014 [AFP]

In an initial accord in November, Iran agreed with the five permanent members of the UN Security Council -- Britain, China, France, Russia and the United States -- plus Germany (a group known as E3+3) that it would open up its nuclear programme so as to allay fears it was seeking atomic weapons.

In return, the world powers agreed to a progressive lifting of tough sanctions that have caused immense damage to the Iranian economy.

EU foreign affairs chief Catherine Ashton, who has led the international nuclear talks with Iran, said she had a "really interesting" meeting with Iranian Foreign Minister Mohammad Javad Zarif on the sidelines of the Munich Security Conference.

Speaking about the upcoming talks to be held in Vienna in just over two weeks, Ashton added: "I very much look forward to working together with you then."

The US State Department also confirmed the date and place of the next talks, after having earlier this week said that they would take place in New York.

Earlier this month, the United Nations nuclear watchdog, the IAEA, certified that Tehran had stuck to its side of the initial deal, giving access to key nuclear installations and cutting back its enriched uranium stockpile.

Accordingly, the European Union and the United States began lifting sanctions on January 20, laying the groundwork for the next, six-month stage of the process.

During this period, the United States and the EU have promised to impose no new sanctions.

Iran has insisted repeatedly that its nuclear programme is peaceful, but in an atmosphere of complete distrust, the West applied ever tighter sanctions seriously impacting its economy.

Despite the initial progress, the core of these sanctions remains in place.

The accord provides for ultimately removing the sanctions if Iran lives up to all its commitments.