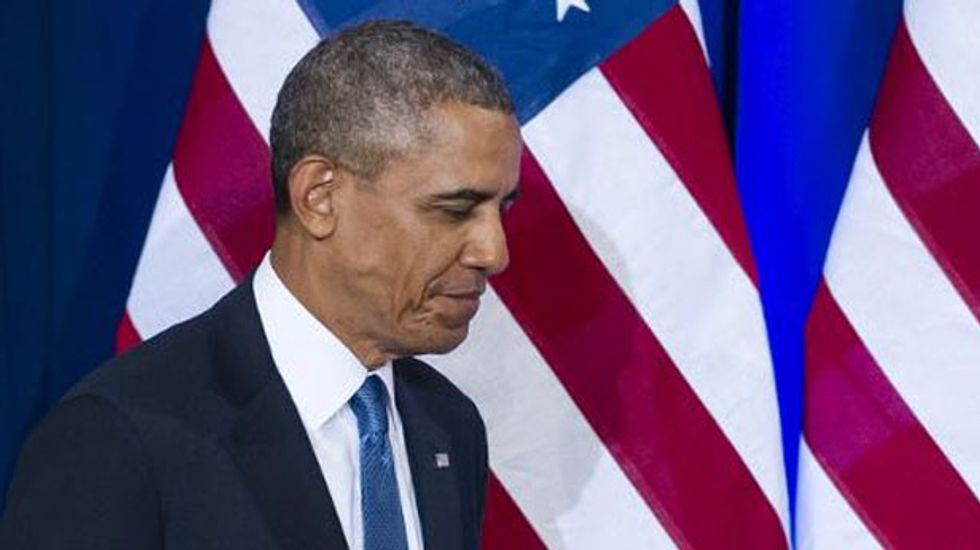 The United States is setting a dangerous example for the world with its sweeping surveillance programmes, giving governments an excuse for mass censorship of online communications, Human Rights Watch said in its annual report Tuesday.

The National Security Agency's failure to respect privacy as a right will serve as a fig leaf for repressive states to force user data to stay within their own borders and crack down on free expression, New York-based HRW said.

"The US now leads in ability for global data capture, but other nations and actors are likely to catch up, and some already insist that more data be kept within their reach," the group writes in its 667-page report examining the state of human rights in more than 90 countries, which was presented in Berlin.

"In the end, there will be no safe haven if privacy is seen as a strictly domestic issue, subject to many carve-outs and lax or non-existent oversight."

It noted that the US government was "uniquely positioned to monitor global communications" as most of the world's Internet traffic moves "through US territory or companies", and thus bore particular responsibility to safeguard rights.

HRW executive director Kenneth Roth told AFP that countries such as China, Russia and India, the world's most populous democracy, were taking a page from the NSA's playbook in eroding personal protections.

"The US government, for better or worse, is a trendsetter with respect to Internet privacy and Internet freedom," Roth said in an interview.

"One reaction to the NSA snooping is that many countries are going to create in essence national Internets, they're going to force Internet companies to keep user data in their country.

"That is going to make it much easier for them to figure out who is saying what on the Internet and to penalise them by censoring... critical speech."

He said HRW had chosen Berlin to present its annual report because Germany had been a flashpoint of global outrage over fugitive contractor Edward Snowden's revelations of NSA's operations, including the monitoring of Chancellor Angela Merkel's mobile phone.

A government video camera in your bedroom

Claims by US President Barack Obama that the right to privacy was not undermined when the government collects communications, only when it examines them, did not hold water, Roth said.

"Imagine that the government puts a video camera in your bedroom and says, 'Don't worry, this is just going into a government computer. We won't look at it unless we have a really good reason'," he said.

"Would you be reassured by that? Of course not. But that is exactly what the US government is proposing with respect to our private communications."

Roth writes in the introduction to the report that the NSA's actions have "largely eradicated the right to privacy in a modern world that virtually requires electronic communication".

He said a speech by Obama on Friday outlining new curbs on intelligence practices was "finally a recognition that things are not right with the National Security Agency's surveillance of our electronic communications" but did not go far enough.

"Up until now, he had basically been taking the posture, 'Oh trust me, if you knew what I knew, you would not be so worried about this'," Roth said.

"The problem is that the speech still does not recognise that any of us have a right (to) the privacy of this information, these are all discretionary matters on the part of the US government."

The global report, the 24th of its kind, also highlighted the brutality against civilians in war-ravaged Syria and renewed a call for world leaders to use pressure to "end atrocities and hold perpetrators to account".

"Despite a swiftly rising death toll and horrific abuses, Russia and China neutered the UN Security Council and enabled the killing of Syrian civilians by both sides," Roth said in the report, while also criticising a US refusal to refer suspected war criminals to the International Criminal Court.

"As the Geneva II peace talks begin, with uncertain prospects of success, they shouldn't become the latest excuse to avoid action to protect Syrian civilians. This requires real pressure to stop the killing and allow the delivery of the humanitarian aid they need to survive."

Russia and China have repeatedly used their vetos at the Security Council to block firm UN action against the Syrian government.

Capitol riot defendant Richard "Bigo" Barnett -- who gained infamy for kicking up his feet on House Speaker Nancy Pelosi's desk and helping himself to a piece of her mail -- lost a round in federal court Friday.

U.S. District Judge Christopher Cooper declined a request from Barnett to travel 200 miles from his Arkansas home to a classic-car swap meet, reports the Westside Eagle Observer of Gravette, AK., Barnett's hometown. Barnett was placed in a 50-mile-radius house arrest -- curiously enough -- while awaiting trial upon his release from federal custody April 28.