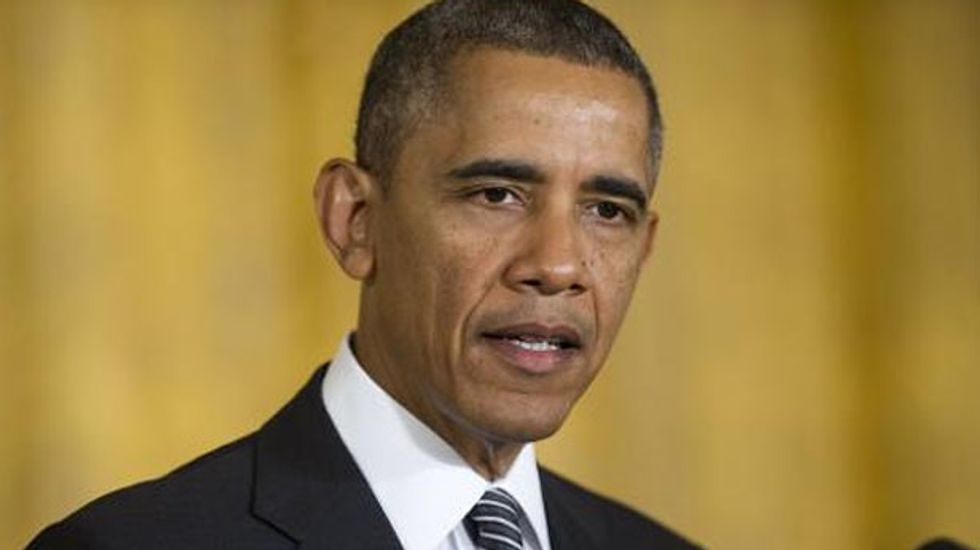 Barack Obama has been accused of weakening global shark conservation efforts by a federal plan to overturn state bans on shark fin soup and other products.

Democrats in Congress and a broad coalition of conservation groups say the US federal government is poised to overturn bans on the sale of shark fin soup in eight states, in support of a federal law that offers far more limited shark protection.

"The proposed regulation is actually setting conservation back," said Angelo Villagomez, a shark expert at the Pew Environmental Trust.

A study published last week found 25% of global sharks and rays were at risk of extinction. An estimated 70 million sharks are killed each year to feed the demand for shark fin soup and other products.

Congress in 2010 banned the practice of finning, making it illegal to cut off shark fins at sea, and compelling fishing vessels to land the entire animal.

But the law did not address the demand for shark products, and so offers only limited protection, conservationists said.

"If you don't actually block the fins from the marketplace you are only accomplishing part of the job," said Dominique Cano-Stocco, campaigner for Oceana.

She said demand for shark fin products had dropped by two-thirds since California, New York and other states banned the sale and possession of shark fins.

Now it appears the federal government is moving to dismantle those state conservation efforts. The National Oceanic and Atmospheric Administration suggested such state bans were in conflict with federal law.

"Congress chose to prohibit shark fins at sea, not to impose a universal prohibition on the possession or sale of shark fins after they are landed," said Connie Barclay, a spokeswoman.

Noaa proposed a new regulation last July that would overturn those bans, on the grounds that they interfere with fisheries management and restrict fishermen's rights to sell sharks for meat.

Barclay said the federal government was holding talks with states and territories that have banned the sale of shark fins about how to "further the purposes" of both sets of laws.

Eight states – led by Obama's home state of Hawaii – and three territories have banned the sale or consumption of shark fin, with fines ranging from $100 to $5,000.

A number of world cities, such as Toronto, have introduced similar bans, and the Chinese government last month prohibited the serving of shark fin soup at official gatherings.

A growing number of cities and states have banned the sale of shark fins, and celebrities such as basketball star Yao Ming have spoken out against the cruel practice of finning – cutting off the shark's fin and leaving the animal to bleed to death at sea.

But those gains would be compromised if the federal government compels states to lift their bans on the sale of shark fins. "Oceana is concerned that by challenging the state shark fin ban Noaa is halting the progress we have made in the US," said Cano-Stocco. "The US has been a leader on this, so it just doesn't make sense, what Noaa did."