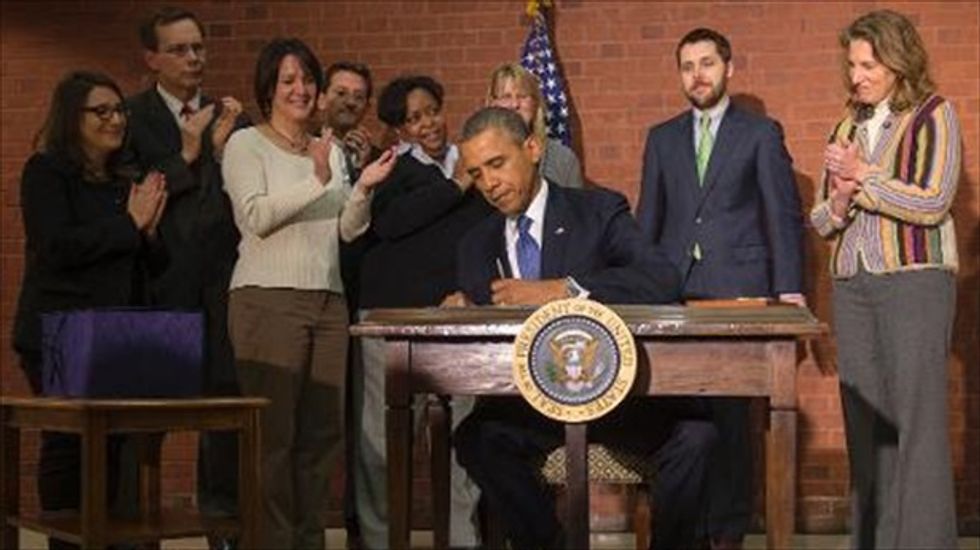 Obama signed the massive bill, passed by Congress this week in a rare budget truce, in front of officials from his Office of Management and Budget.

He said that though the package was made up of pages and pages of dry figures and fiscal calculations, it represented real help for hard hit Americans.

"These aren’t numbers -- these are homeless folks who are getting housing," said Obama, striking his current theme of narrowing inequality.

"These are a laid-off worker who suddenly is enrolling in that community college and finding that job that allows them to save a home and get back on track.

"That’s some young scientist who is maybe going to find a cure for cancer or Alzheimer’s."

In addition to discretionary spending of $1.012 trillion, the measure includes $92 billion for overseas military operations, mainly the war in Afghanistan, and $6.5 billion for extraordinary expenses linked to natural disasters.

Democrats saw billions of dollars in additional spending for preschool programs and for border security and the FBI.

Bickering lawmakers failed to agree on a spending framework last year, plunging Washington into a 16-day government shutdown while politicians haggled over how to fund federal operations and not increase the debt.