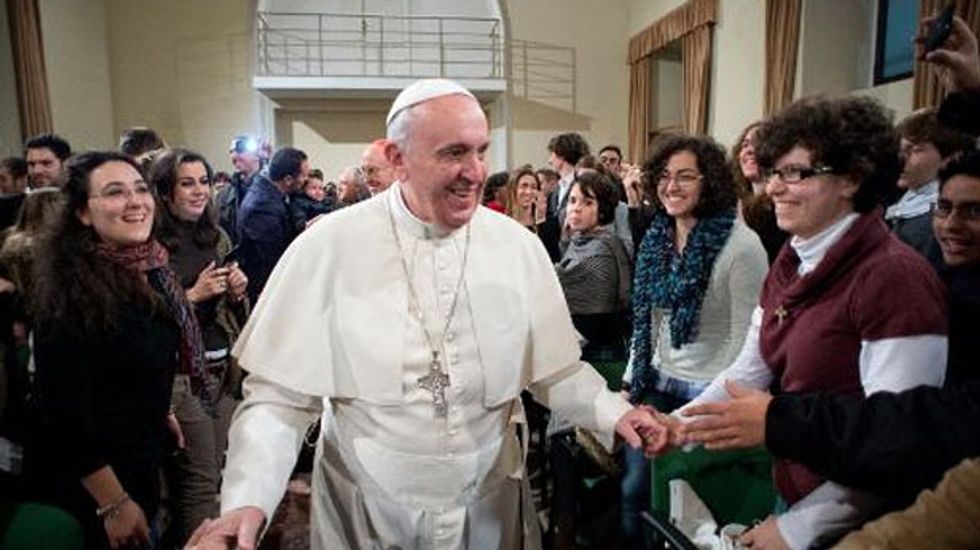 President Barack Obama will visit Vatican City in March to meet Pope Francis, whom he has praised as an "eloquent" spokesman on the scourge of inequality -- a key issue in his own political agenda.

The White House said Obama would travel to see the pontiff on March 27, following stops in the Netherlands for a nuclear security summit and talks with European Union leaders in Brussels.

"The President looks forward to discussing with Pope Francis their shared commitment to fighting poverty and growing inequality," the White House said in a statement Tuesday.

A meeting between Obama and the pontiff, who has refashioned the image of the Roman Catholic Church since his installation last year, has long been rumored following the president's approving comments about Francis.

In a speech in December, Obama praised an argument advanced by Pope Francis on rising inequality in societies split between the very poor and the super rich.

Obama referred to the pontiff's remarks in his first Apostolic Exhortation as part of his own prolonged meditation on poverty in a speech on inequality and politics in America.

"The pope himself spoke about this at eloquent length," Obama said at the time.

"How could it be, he wrote, that it's not a news item when an elderly homeless person dies of exposure, but it is news when the stock market loses two points?"

Pope Francis argued in the exhortation, that such conflicted values marked a "case of exclusion" in an unequal society and wrote that "masses of people find themselves excluded and marginalized: without work, without possibilities, without any means of escape."

It was not the first time that Obama had praised Pope Francis, who was elected last March and has caused a stir with his austere style and pronouncements on poverty.

In October, the president told CNBC that he was "hugely impressed" with the pope's humility and empathy to the poor.

Obama was last in Vatican City in 2009, when he met Pope Benedict.

Obama has made rising inequality and the struggles of America's middle classes the signature domestic issue of his second term.

The theme is likely to underpin his State of the Union address next week.

The president's trip to the Netherlands, for the nuclear security summit in the Hague, did not come as a surprise as the event is his brainchild.

He has been the leading figure in the previous two nuclear security summits in Washington DC and Seoul.

The White House statement said the meeting would "highlight progress made to secure nuclear materials and commit to future steps to prevent nuclear terrorism."

Obama will also meet Dutch officials during his trip.

His visit, his first to EU institutions as president, will be seen as an effort to mend relations with Europe, following revelations by Edward Snowden about National Security Agency spying which soured relations with Washington.

The president will also be keen to push talks on a Transatlantic Trade and Investment Partnership (TTIP) designed to create the world's largest free trade area.

The European tour will take place between March 24-27.