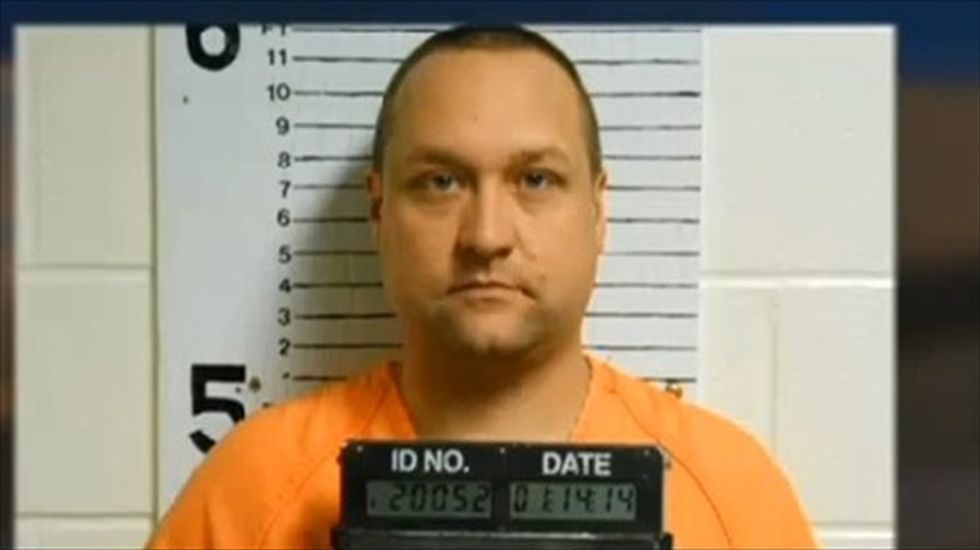 A police officer in Union City, Oklahoma, was arrested on Tuesday for allegedly stealing a former colleague's gun and selling it to a former convicted felon, KUTV-TV reported.

32-year-old Officer Scottie Brothers was charged with possession of stolen property and providing firearms to a felon after being picked up by the Canadian County Sheriff's Department, who were alerted by former officer William Ingram after their department allegedly failed to address the issue.

"He advised on several different occasions he tried to take these to his chief at Union City P.D. and met with resistance," Undersheriff Chris West said at a press conference on Wednesday.

Ingram first contacted county officials in November 2013, saying Brothers that the unidentified felon, a mutual acquaintance, asked him for help in February 2012 fixing a gun he had bought from Brothers. Ingram recognized the gun as one of two firearms missing from his home after Brothers house sat for him in May 2010.

Brothers is in jail on $4,000 bond. The gun buyer was not charged on account of cooperating with the investigation. Ingram is no longer with the department. The police chief, who is not identified on the city's homepage, is reportedly on medical leave.

Union City police released a statement admitting that the department had been contacted by Ingram regarding his suspicions about Brothers.

Watch KUTV's report on the investigation into Brothers' alleged activity, aired on Wednesday, below.