Pastor accused of paying homeless to fire-bomb ex professes innocence: 'I never did pay them' 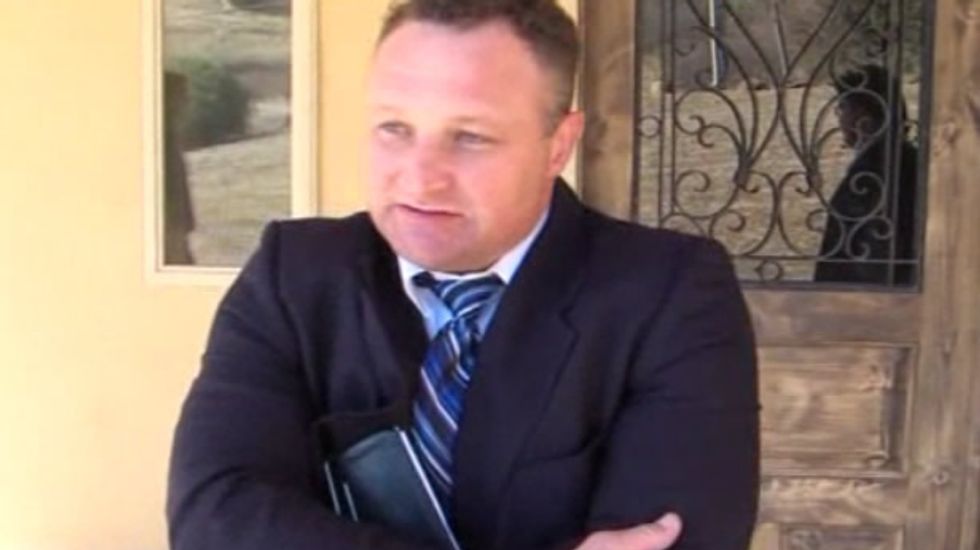 Not even a day after he was released from jail for allegedly fire-bombing his ex-girlfriend's parent's house, Fellowship Baptist Church Pastor Mike Lewis was leading a service in his rural California church.

The Vacaville, California pastor is accused of encouraging three homeless people in his church's care to throw a Molotov cocktail through the front window of his ex-girlfriend's parents' house.

According to Sarah Nottingham, after she broke off her relationship with Lewis, he has been "trying to hurt" her and her family. She took out a restraining order against him last year.

"That’s the sickest part about it, is that this man claims to be a man of God," she told CBS 13. She also alleges that Pastor Lewis vandalized her car and set fire to her shrubbery earlier this year.

"[T]hat's what the gentlemen did the other day -- the two guys and a girl."

Anthony Newbolt, Richerd Wright and Kristen Broyles were arrested for their involvement in the incident, but police believe that the three of them were acting under Lewis's orders. All three were homeless and under Lewis's church's care when the fire-bombing occurred.

"I didn’t do it," Lewis insists. "I didn’t have someone else do it. What do you want me to say? It’s easy to put it on me, to pin it on me if someone is putting the finger there. And, of course, I think the police have an agenda also."

When asked if he paid these three homeless people in his charge to terrorize his ex-girlfriend, he only said that "[t]hat’s a sad statement, because I never did pay them."

After Lewis's arrest, police found illegal firearms, methamphetamine and what they believe is evidence implicating Lewis in the fire-bombing in his home.