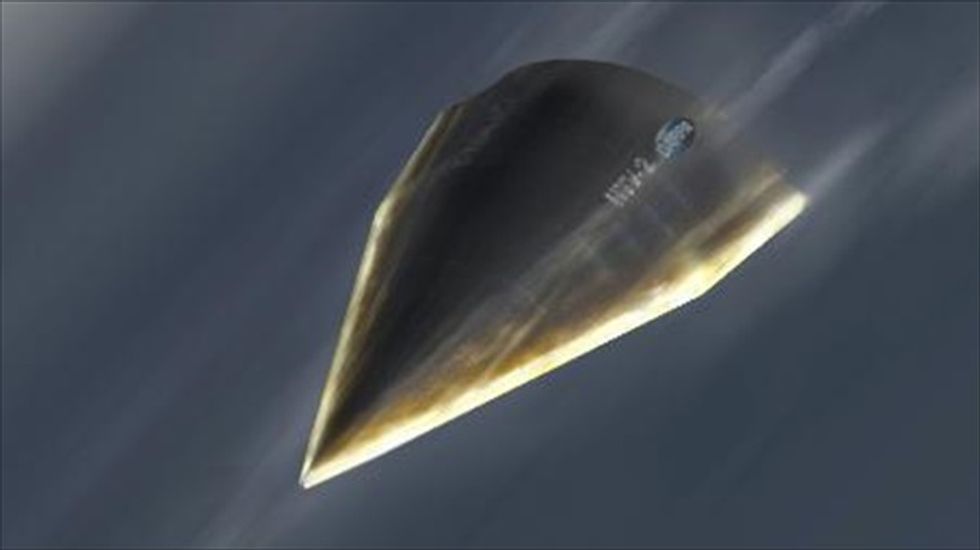 China for the first time has tested a hypersonic missile vehicle designed to travel several times the speed of sound, the Pentagon said Wednesday.

The test makes China the second country after the United States to conduct experimental flights with hypersonic vehicles, a technology that could allow armies to rapidly strike distant targets anywhere around the globe.

"We're aware of the test of the hypersonic vehicle but we are not commenting on it," said Lieutenant Colonel Jeff Pool, a Pentagon spokesman.

The flight was conducted on January 9 and the Chinese vehicle, dubbed the WU-14, is supposed to travel at Mach 10, or 10 times the speed of sound, according to a report in The Washington Free Beacon, an online publication.

Chinese state-run broadcaster China Radio International quoted the defense ministry information office as saying: "China's planned domestic scientific research and experiments are normal and are not aimed at any country or target."

It did not explicitly confirm or deny the test.

In its annual report on the Chinese military, the Pentagon made no mention of hypersonic test flights but did say the Chinese had built a hypersonic wind tunnel for experiments.

China's surging economic power has been matched by increasing military might, including investments in an aircraft carrier, anti-ship ballistic missiles, satellites and other hardware.

Three Republican lawmakers, including the House Armed Services Committee Chairman Howard "Buck" McKeon, expressed concern over the test of what they called a "Chinese hypersonic cruise missile" and said the US military was falling behind.

"While round after round of defense cuts have knocked America's technological advantage on its back, the Chinese and other competitor nations push toward military parity with the United States; in some cases, as in this one, they appear to be leaping ahead of us," they said.

"This situation does nothing to support peaceful coexistence in the Pacific," added the statement, also signed by Representatives Randy Forbes and Mike Rogers.

The United States has placed a high priority on hypersonic projects, spending $200 million in fiscal year 2013 on three programs while conducting a number of test flights with hypersonic vehicles.