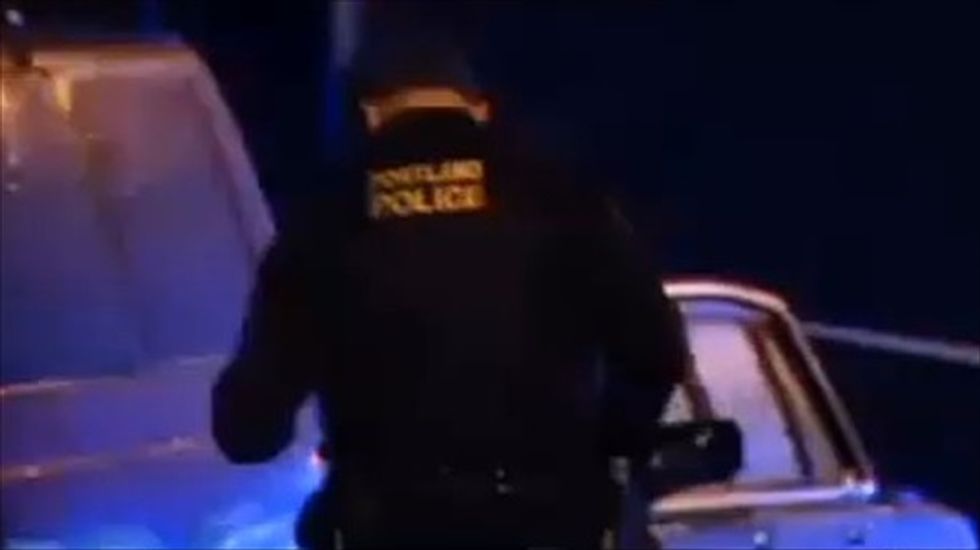 Police in Portland, Oregon arrested one of the victims in a reported double-shooting -- the alleged shooter himself.

The Oregonian reported that the unidentified 40-year-old suspect was arrested Tuesday night after hiding in the parking lot of a local apartment building after shooting himself in the testicles. One resident said the suspect asked him to call an ambulance while walking into the building.

"The suspect's wound is consistent with somebody putting a gun in his pants," a police spokesperson told the Oregonian.

Authorities also did not identify the alleged victim, a 32-year-old man, who was hospitalized with a gunshot wound to the leg after going to a grocery store for help.

WPTV-TV reported that the shooting possibly stemmed from a robbery, leading to a massive police response after the suspect was reported at the apartment building.

"Right when I stepped outside the door, all these cops in the hallway started pointing automatic weapons at us," one resident, Danielle Richmond, told WPTV. "They were like, get behind us, show us your hands. And we're like, 'OK.'"