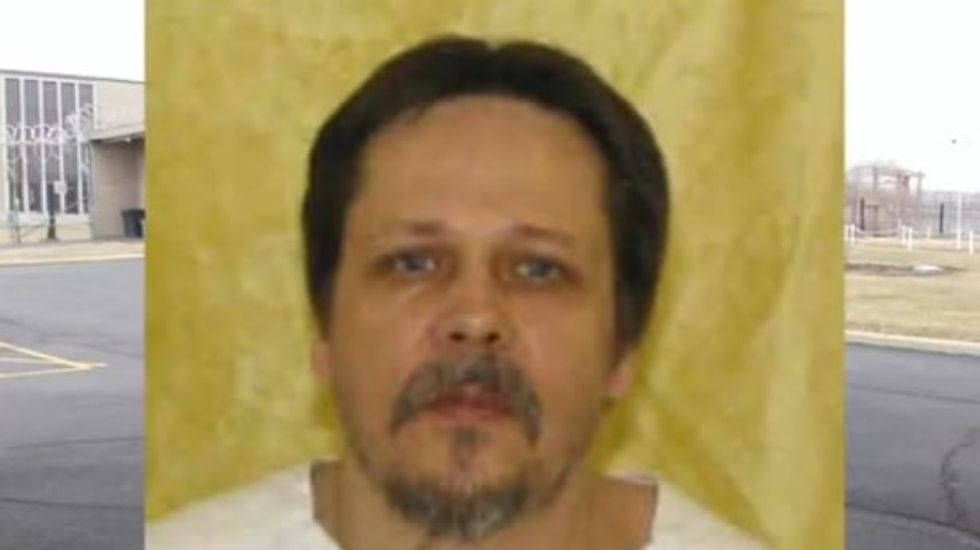 The attorney for an Ohio inmate who endured an unusually long execution earlier this month using an experimental drug cocktail was briefly suspended while officials investigated whether he’d coached the condemned man to fake symptoms of suffocation.

The Associated Press reported that the Office of the Public Defender failed to substantiate the allegation made against Robert Lowe, one of the attorneys who represented inmate Dennis McGuire.

Three prison officials made the accusations against the public defender, claiming that McGuire told one guard that his attorney wanted him to put on a “big show” in front of his children.

“I ain’t gonna do this,” McGuire allegedly told the guard. “It’s about me and my kids, not him and his cause.”

McGuire’s family filed a lawsuit accusing the Illinois-based drug maker Hospira Inc. of illegally permitting the medications to be used for an execution and arguing that the company should be prohibited from making them available for capital punishment.

The 53-year-old McGuire was put to death Jan. 16 for the rape and murder of a pregnant newlywed in 1989.

The state used a combination of the sedative midazolam and the painkiller hydromorphone that had never been used before in the U.S.

According to the suit, McGuire snorted, gurgled and arched his back, “appearing to writhe in pain” and suffocate, during the state-record 26-minute-long execution.

But the public defender’s office said all eyewitnesses to the execution – which did not include Lowe -- indicated McGuire was unconscious by the time he began struggling to breathe.

Lowe did not respond to requests seeking comment, but a spokeswoman from the Office of the Public Defender said the attorney had walked his client through the steps involved in the execution.

Prison officials notified Gov. John Kasich’s lawyer the night before the execution that McGuire had told family members that he’d been encouraged to feign suffocation.