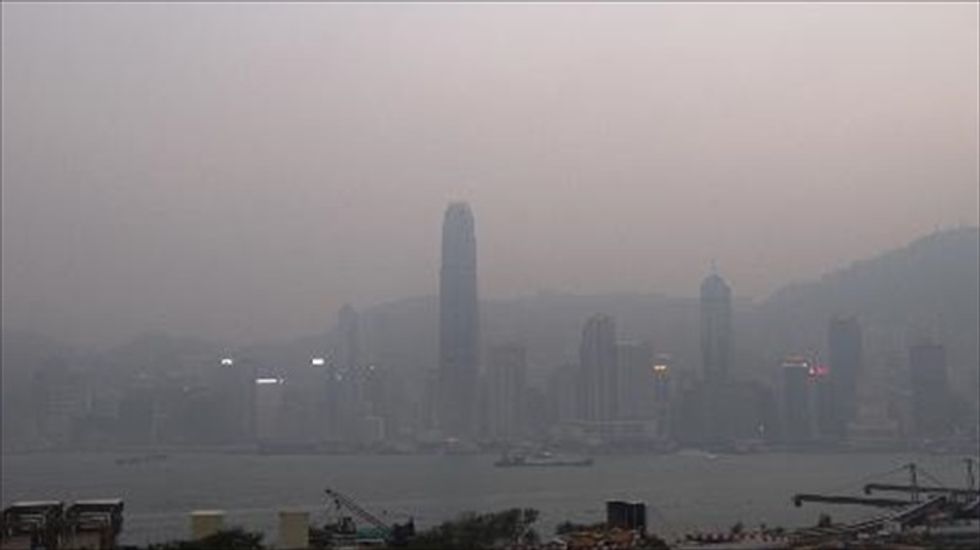 Winter cyclones in latitudes including northwestern China, Korea and Japan have packed stronger winds and more rain as a result of rising levels of particulate pollution, they said.

The dusty fallout affects how moisture develops in clouds and how heat is distributed in storm systems, said Yuan Wang of the prestigious Jet Propulsion Laboratory at the California Institute of Technology.

"The significant change of the Pacific storm intensity was estimated to start in the middle of the 1990s," Wang told AFP by email.

"(This was) when industrial plants, power plants and automobiles produced huge amounts of air pollutants, along with the booming economy, in many Asian countries like China."

The study, published in the journal Nature Communications, is the latest probe into the environmental hazard from particulates, which are mainly the sooty residue from burning fossil fuels.

Aerosols accelerate the formation of droplets because they provide a nucleus on which water vapour condenses, according to Wang's investigation.

Clouds influenced by aerosols carry as much as four times more droplets, leading to a roughly seven-percent increase in rainfall across the region, it found.

The aerosols are also likelier to encourage the formation of brighter high-altitude cirrus or "anvil" clouds.

These are a type of cloud that help to warm the sea surface, thus providing heat to fuel cyclones. The additional warming effect can be as much as 11 percent.

The scientists drew up a computer model to simulate aerosol pollution flowing downwind from east Asia to a cyclonic breeding ground east of Japan in January and February, a zone lying north of 30 degrees latitude.

They found a good match with two decades of satellite data: 1979-1988 -- before the Asian economic boom got underway -- and 2002-2011, when growth really hit its stride, especially in China.

In the latter period, there was a clear rise in cyclone intensity but no change in frequency of storms or location, said Wang.

On January 16, a study led by Chang-Hoi Ho from Seoul National University in South Korea found that China, Korea and Japan had been hit by more powerful cyclones between 1977 and 2010, due to a warming of water in the tropical western Pacific.

The two investigations are not comparable, Wang said.

The first looked at cyclones forming in winter time in mid-latitude in the northwest of the ocean, and the second examined cyclones in the summer and autumn that form in tropical latitudes.

Research into the effect of aerosols on clouds has returned highly variable findings -- indeed, it is considered to be one of the biggest areas of uncertainty in climate science.