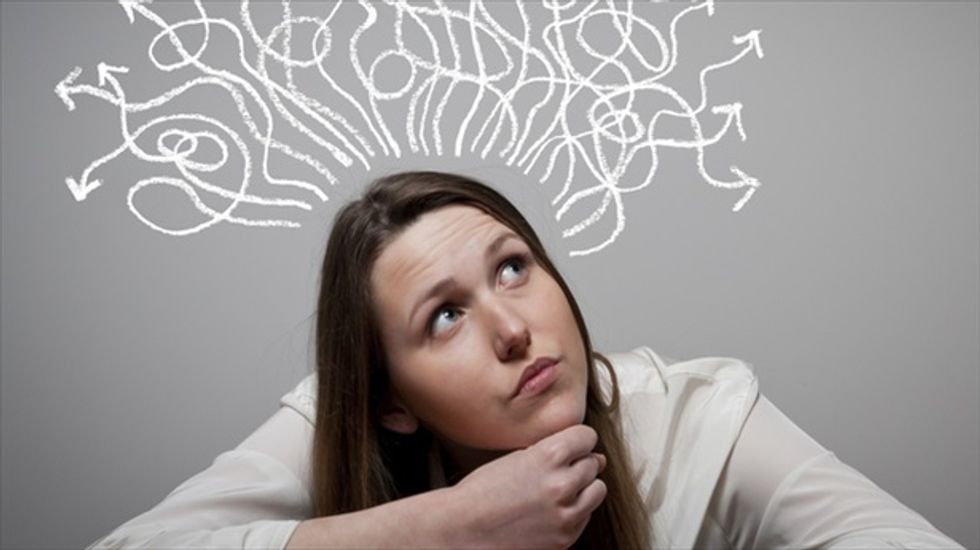 A new brain region that appears to help humans identify whether they have made bad decisions has been discovered by researchers.

The size and shape of a large Brussels sprout, the ball of neural tissue seems to be crucial for the kind of flexible thought that allows us to consider switching to a more promising course of action.

While other brain parts keep track of how well, or not, our decisions are working for us, the new structure is more outward-looking, and mulls over what we might have done instead.

Scientists spotted the region, named the lateral frontal pole, after scanning the brains of healthy humans in two different ways. Further scans failed to find any comparable region in monkeys, suggesting the area is exclusive to humans.

"We know there are differences between humans and monkeys. But it is surprising how many similarities there can be, and how a couple of differences can mean our behaviour is so far removed from them," said Matthew Rushworth, a professor of cognitive neuroscience, who led the study at Oxford University.

"There are a few brain areas that monitor how good our choices are, and that is a very sensible thing to have. But this region monitors how good the choices are that we didn't take. It tells us how green the grass is on the other side of the fence."

The remarkable finding highlights how much scientists have to learn about the human brain and how cutting-edge lab techniques are redrawing the map of the most complex organ in the known universe.

One expert who spoke to the Guardian said the work was "stunning" and could pave the way for fresh advances in understanding psychiatric diseases. Details of the work are published in the Neuron journal.

The Oxford team recruited 25 healthy people for the study and scanned each person twice. One scan, called diffusion-weighted MRI, revealed the neural pathways that connect different parts of the brain. The other, called functional MRI (fMRI), showed which areas of the brain were most active when the patients were resting.

The combination of scans allowed the scientists to work out in exquisite detail how each part of the ventrolateral frontal cortex (vlFC), a region crucial for language and cognitive flexibility, was connected with any other part of the brain. From this, they identified 12 distinct areas of the vlFC that worked in different ways.

For the next stage of the study, the researchers took fMRI scans of the ventrolateral frontal cortex in macaques.

These revealed 11 regions that closely matched those seen in humans. But the lateral frontal pole was missing. Humans have two, one above and behind each eyebrow.

"It might seem a bit pointless, but one of the ways to do something effectively is to monitor the other ways you could be doing something. People who have a bigger signal in this area are better at switching tack," said Rushworth.

"This is stunning work," said Karl Zilles, a neuroscientist at the Institute for Neuroscience and Medicine in Jülich, Germany. "It is the first time that modern MRI techniques have been combined to study differences in these parts of the brain in monkeys and humans."

"I am quite sure that this will turn out to be of great importance in studying psychiatric disease. What we understand now is the connectivity within the brain. We know the cables and the connections. What we have to do now is combine all this with how information is processed in the different brain areas," he added.