Researchers: Taking medicine for your fever might help spread the flu 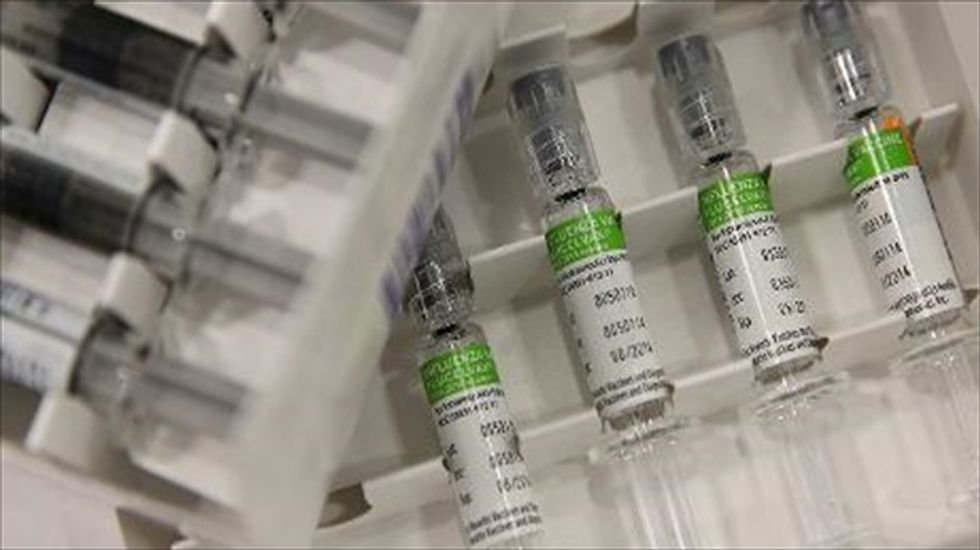 Syringes filled with influenza vaccination are seen at a Walgreens Pharmacy on Jan. 14, 2014 in Concord, California [AFP]

Taking over-the-counter medication to reduce a fever might help a person to feel better, but may also be increasing the spread of the virus, according to a new Canadian study.

But people are increasingly taking medications that contain ingredients including ibuprofen, acetaminophen and acetylsalicylic acid to suppress fevers and other flu symptoms.

And this may increase both the rate and duration of "viral shedding," allowing sick people to pass more of the virus to others through coughing or sneezing.

According to the study published in Proceedings of the Royal Society, an individual whose fever has been reduced is also likely to feel better and is therefore more likely to interact with others, and spread the pathogen.

"Even when treatment is not aimed at fever specifically, fever is likely to be reduced, because most common drugs that relieve other typical symptoms of infectious diseases also contain an antipyretic component," said the study.

Researchers at McMaster University in Hamilton, Ontario, looked at several studies and crunched the data to conclude that up to five percent more people contract influenza each year because of widespread use of drugs to suppress fevers.

The percentage may seem small, they commented, but consider the number of people who contract the flu each year.

The researchers, in another example, suggested that widespread use of Aspirin during the 1918 Spanish flu pandemic "may have increased the disease severity and consequently death rates."