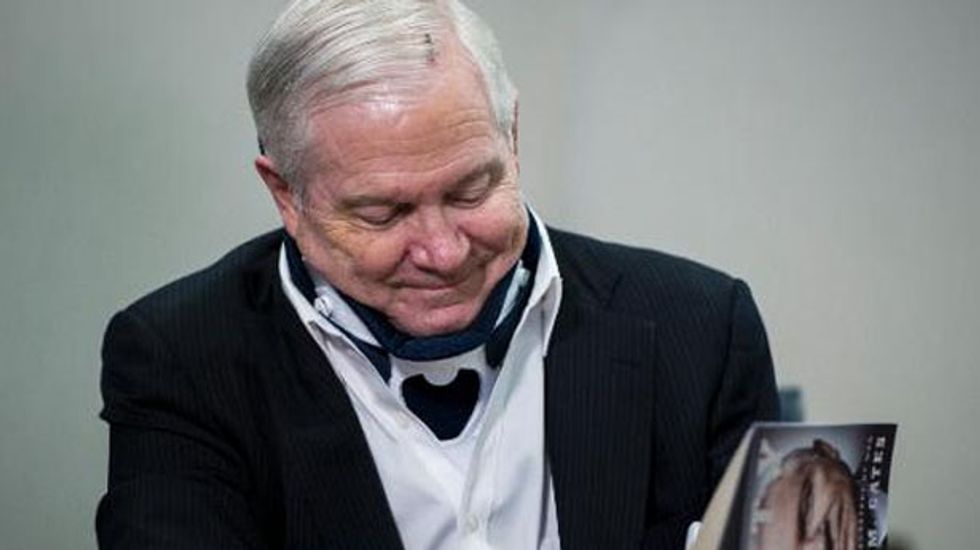 Proposals by US lawmakers to impose new sanctions against Iran would be a mistake that would sabotage a possible diplomatic deal with Tehran, former Pentagon chief Robert Gates warned Thursday.

"I think that the president's opposition to a bill that would impose additional sanctions now is absolutely right," Gates said at an event highlighting his newly released memoir.

"To vote additional sanctions today would be I think a deal-killer," said Gates, who served as defense secretary under President Barack Obama and his predecessor, George W. Bush.

The Obama administration has lobbied against a push by some members of Congress to introduce additional economic sanctions over Iran's nuclear program, saying it would undermine recent diplomatic progress after Tehran agreed to a six-month interim accord.

"As hard as it may be for people to realize, what we may be seeing is the success of the sanctions effort done by president (Bill) Clinton, intensified by president Bush and even more so by president Obama, to force the Iranians to come to the table because of economic hardships," Gates said.

"I think we have succeeded to the extent that we now have the Iranians at the table."

He pointed to the clear effect of economic pressure on the Islamic republic.

The former CIA director did say he favored a mechanism -- either through legislation or a "formal commitment" -- that if talks fail, Iran would face even more drastic economic penalties than those in place before the interim deal.

"It could be a negotiating asset for the administration in terms of telling the Iranians if you roll us for six months, or slow-roll us for some period beyond that and we don't end up with an agreement that meets our needs, you'll not just go back to the status quo ante but you will face a situation that is even more dire," he said.

Gates, a Republican with a reputation as a hard-nosed pragmatist when it comes to foreign policy, reiterated his view that bombing Iran's nuclear facilities would not eliminate the program and merely set it back by a few years.

But he said it was not at all assured that the current interim deal would lead to a full-fledged agreement with Iran, given the need to persuade Tehran to abandon a possible nuclear weapons capability.

"I think it's a steep hill because the only acceptable agreement for the longer term is one that rolls back the Iranian program from allowing Iran to be a nuclear weapons threshold state," he said.

And an agreement would have to provide "intrusive enough inspections that ensures that if they decide to violate the agreement, we have ample time to react militarily or in other ways."

The current interim deal, between major powers and Iran, allows for a modest easing of sanctions in return for a freeze on some parts of Tehran's nuclear program.

It also calls for a timetable of inspections of nuclear sites by the International Atomic Energy Agency, the United Nations nuclear watchdog.