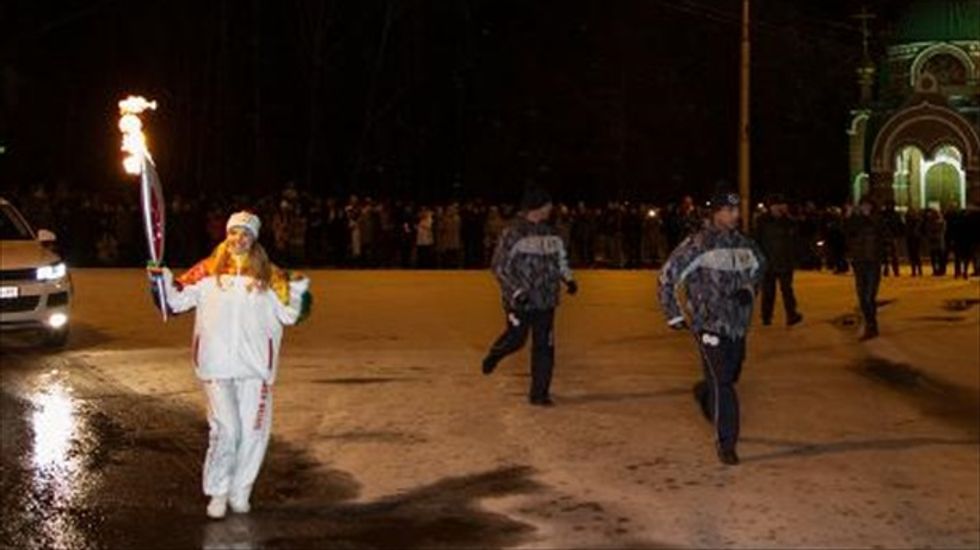 A handout picture taken during the Sochi 2014 Winter Olympic torch relay on Jan. 13, 2014 shows a torchbearer carrying the torch in Lipetsk [AFP]

Russian lawmakers on Tuesday announced plans to push through legislation introducing harsher punishments for those who carry out deadly attacks, as Russia tightens security ahead of February's Winter Olympic Games in Sochi.

A cross-party group of lawmakers will submit three draft bills to parliament on Wednesday, Irina Yarovaya, a ruling party lawmaker and the head of the Duma's security and anti-corruption committee, told the Interfax news agency.

The legislation will introduce sentences of up to 20 years or even life sentences for "organising and committing crimes of a terrorist nature and for organising financial terrorism," she said.

She said the bills would introduce harsher sentences for "committing crimes with the aim of propaganda justifying and supporting terrorism."

The draft legislation is also aimed at fighting money laundering by restricting the terms of use of electronic payment systems, Yarovaya said.

Yarovaya said she expected the lower house of parliament would consider the bills "as a priority."

"Now we are increasing their powers and they will be able not only to check documents but also to search people and to inspect vehicles," he told the RIA Novosti news agency.

Lugovoi, a former FSB agent, is Britain's main suspect in the polonium poisoning of dissident Alexander Litvinenko in 2006 but Russia has refused to extradite him.

Russia has set up a tight security cordon around Sochi, blocking highways to drivers without special permits and patrolling the Black Sea resort city with drones.

Sochi's proximity to the North Caucasus means Russia is on high alert of possible Islamist plots targeting the Games, with recent attacks choosing cities where attacks have been rare.

In December, two suicide bombings in a rail station and a trolley bus in the southern city of Volgograd killed 34. Three police were killed in a car bombing in December in Pyatigorsk, a spa resort.