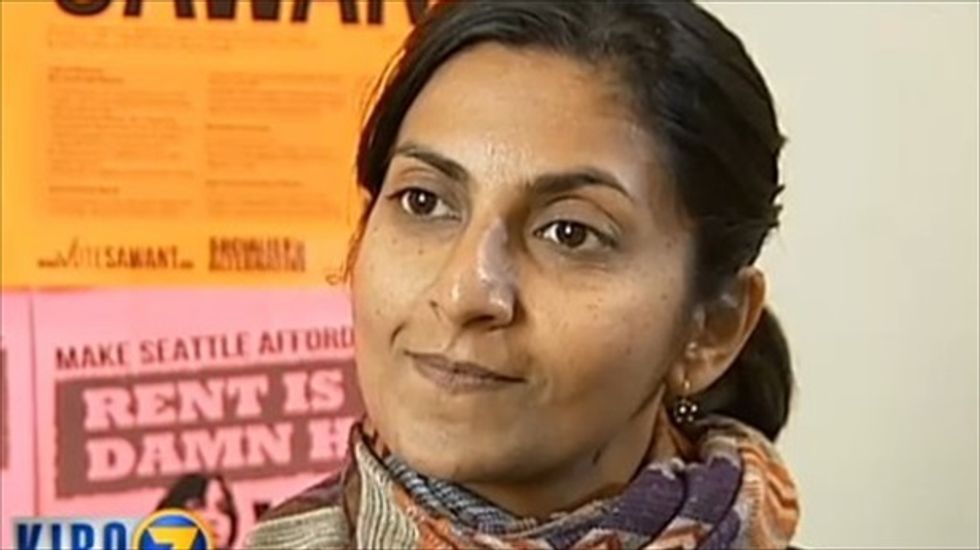 The Stranger reported that Sawant, a self-identified Socialist who was active in the Occupy Wall Street movement before being elected in November 2013, will keep $40,000 as her salary after taxes, which she described in a statement as "roughly the full-time take home pay of a Seattleite."

"Seattle city council members receive over $117,000 a year – the second highest of any city council in the country," Sawant said. "Inevitably, such a salary removes Councilmembers from the realities of life for working people."

The remaining $77,000 of Sawant's salary will be put into a "solidarity fund" and distributed in support of several causes. On Monday, she donated $15,000 to 15Now, a group backing the push for a $15 minimum wage for Seattle residents. She gave another $500 to a union group, Puget Sound SAGE.

In her statement, Sawant reaffirmed the $15 wage as part of her platform, saying data showed the median local income at around $60,000 for men and $51,000 for women, with people of color earning 45 percent of the median income of white workers.

Besides advocating for the minimum wage increase, Sawant has been outspoken in her criticism of local airplane makers Boeing, calling the company "economic terrorists" and supporting a worker takeover of Boeing's plant in nearby Everett, Washington.