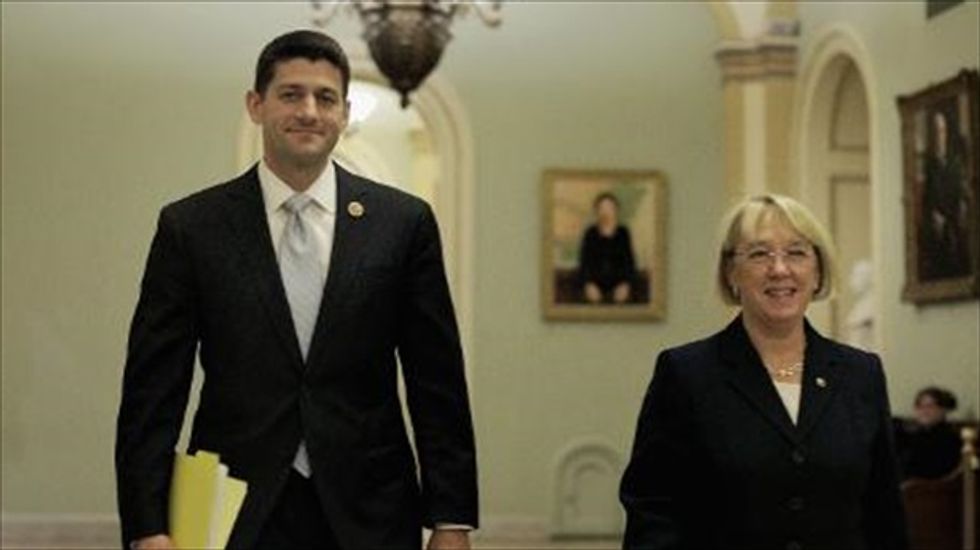 Marking a truce after years of fiscal feuding in Washington, Congress passed a $1.1 trillion spending package Thursday that effectively ended the threat of an election-year government shutdown.

The Senate voted 72 to 26 to approve the massive bill, in a show of bipartisanship after the House voted overwhelmingly on Wednesday for the measure to fund the federal government through September.

The package now goes to President Barack Obama, who is expected to sign the bill.

"We're a little late, but we got the job done," said Senator Barbara Mikulski, who as chair of the Appropriations Committee took the lead role in shepherding the huge bill through the chamber.

In addition to the discretionary $1.012 trillion, the measure includes $92 billion for overseas military operations, mainly the war in Afghanistan, and $6.5 billion for extraordinary expenses linked to natural disasters.

Both parties had plenty to tout in the 1,528-page package.

Republicans claimed they reined in federal spending for a fourth straight year by freezing any new funding for Obama's health care reforms known as Obamacare, reducing foreign aid and cutting money to the Internal Revenue Service and Transportation Security Administration.

Democrats saw billions of dollars in additional spending for pre-school programs like Head Start, as well as for border security and the FBI.

Senate Democrat Tom Carper said the vote marked "another small step forward" after the landmark compromise reached by the warring sides last month when they agreed to a two-year budget deal.

"I'm hopeful that today's vote signals that manufactured crises, like the harmful October government shutdown that cost our economy $20 billion, are a thing of past."

Bickering lawmakers failed to agree on a spending framework last year, plunging Washington into a painful 16-day government shutdown while politicians haggled over how to fund federal operations and not increase the debt.

Despite the savings trend, overall federal expenditures are set to rise slightly in 2014 as the deal erases painful and automatic spending cuts that were due to kick in on January 1 for the next two years.