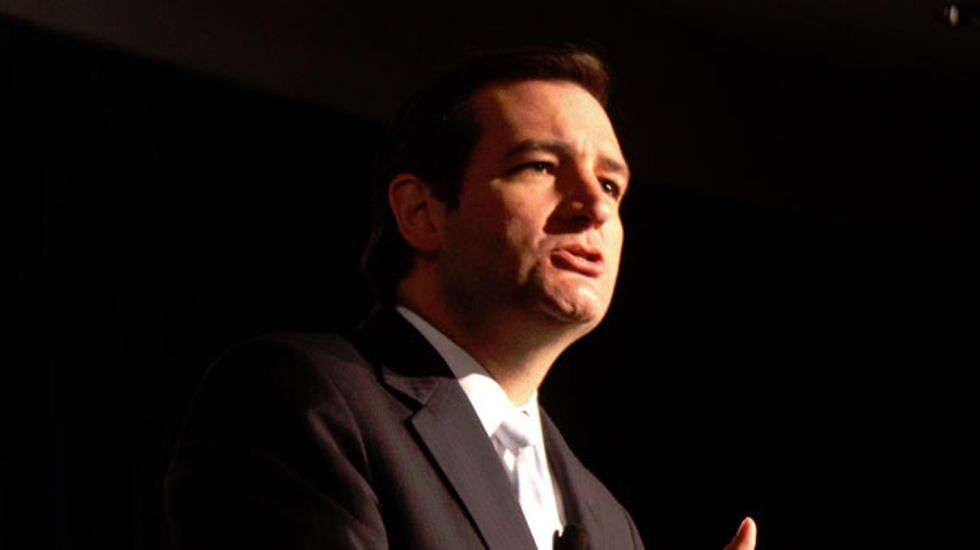 "A whole lot of folks now are talking about legalizing pot. The brownies you had this morning, provided by the state of Colorado," he jokingly said during his keynote speech at Texas Public Policy Foundation's Policy Orientation.

Voters in Colorado and Washington state approved a ballot measure to legalize the recreational use of marijuana in 2012, but federal law still prohibits the use of the drug. The Department of Justice announced in August of 2013 that it would not target for arrest adults who used marijuana in compliance with state laws.

"You can go to Congress, you can get a conversation, you could get Democrats and Republicans who would say, 'We ought to change our drug policy in some way,' and you could have a real conversation, you could have hearings, you could look at the problem, you could discuss commonsense changes that maybe should happen or shouldn't happen. This president didn't do that. He just said, 'The laws say one thing' -- and mind you these are criminal laws, these are laws that say if you do 'X, Y, and Z' you will go to prison. The president announced, 'No, you won't.'"