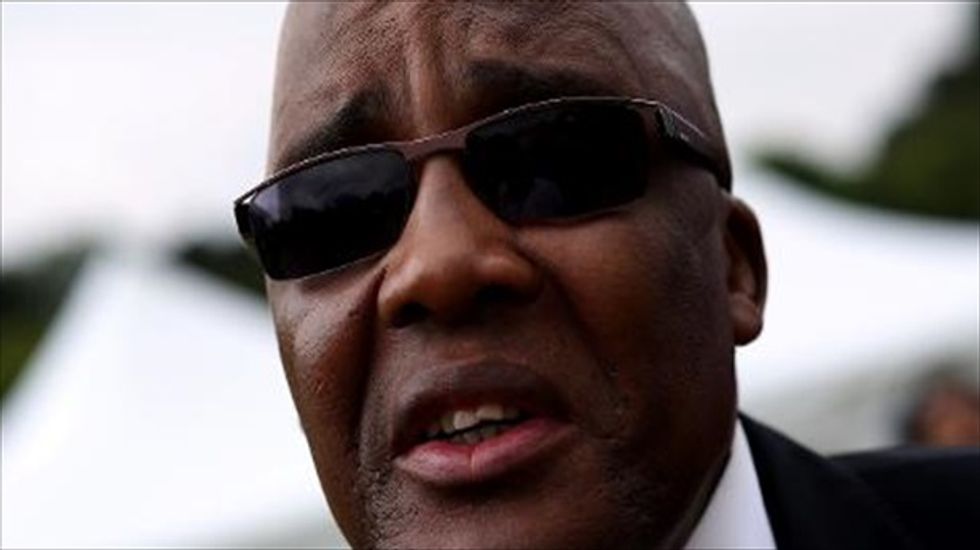 Commenting on pharmaceutical firm's efforts to scupper patent reforms that would lower the cost of some medicine with generic versions, Health Minister Aaron Motsoaledi told the Mail & Guardian newspaper it was a conspiracy of "satanic magnitude".

"I am not using strong words; I am using appropriate words. This is genocide," Motsoaledi said. "This document can sentence many South Africans to death."

Reforms would change that, paving the way for patents to expire and generic versions of the drugs to be legally produced.

The government hopes that would make providing life-saving treatment for over six million South Africans living with AIDS much cheaper.

The Innovative Pharmaceutical Association of South Africa (IPASA) planned a campaign across Africa and Europe to pressure Pretoria into strengthening the patent laws, according to the newspaper which obtained a copy of the plan.

It includes efforts to "mobilise voices inside and outside South Africa to send the message that the proposed IP (intellectual property) policy threatens continued investment and thus economic and social well-being," the paper quoted from the nine-page document.

"This mobilisation will occur through an energetic campaign, which will feel like a political campaign."

Motsoaledi said the project put profits ahead of people.

"They want to prove to patients that the lack of access to medicine has nothing to do with IP but everything to do with the incompetence of the government," said Motsoaledi.

But its head Val Beaumont denied they had contracted outside parties.

"IPASA is considering various communication strategies and proposals to augment our ongoing policy advocacy and communications outreach concerning the draft policy," she told the newspaper.

"The minister is right to take a firm stand against pharmaceutical companies that seek to protect their profit margins at the expense of ordinary South Africans," said the organisation's Julia Hill.

"The government is bringing national law in line with international norms, so they have the ability to take action when inflated prices put crucial medicines out of reach."

GOP fundraiser unloads on Trump: 'A metastasizing cancer' who will 'destroy the party'

Many big-name Republican donors and fundraisers are once again maneuvering behind the scenes to stop former President Donald Trump from winning the 2024 nomination -- and this time they apparently mean it.

In an interview with Politico, Republican fundraiser Eric Levine didn't mince any words when describing his feelings about Trump's impact on the GOP.

NASA's Curiosity rover has found wave-rippled rocks -- evidence of an ancient lake -- in an area of the planet expected to be drier, the US space agency said Wednesday.

"This is the best evidence of water and waves that we've seen in the entire mission," said Ashwin Vasavada, Curiosity's project scientist at NASA's Jet Propulsion Laboratory in California.

Like other businesses across Cuba, Nel Paradiso is grappling with a worker shortage amid unprecedented levels of people fleeing the island nation.

In just over a year, the central Havana restaurant has seen 50 employees leave.