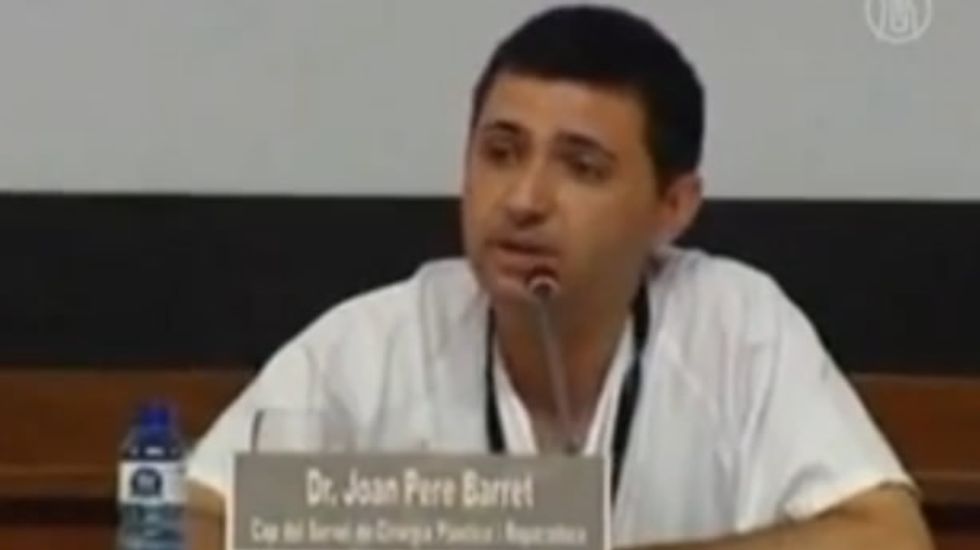 A former stock exchange worker suffering from a rare arterio-venous malformation will soon be the subject of the world's most complex full face transplant ever.

Dr. Joan Pere Barret, who oversaw the world's first full face transplant, likened the surgery to be performed on Luis Casaramona as a "head transplant," because from the bottom of his neck up, only his eyes, brain and part of his skull will not be transplanted.

"Nothing like this has ever been done before," Dr. Barret said. "When I described Luis's case to the woman in charge of processing hospital transplants, she said: 'He's not looking for a face, he wants a new head.'"

"I have to do something," Casaramona told an Irish newspaper. "The operation will give me my life back if it works. And if I die, at least I will go down fighting."

Casaramona has already spoken with the man known only as Oscar, the Spanish farmer who received the world's first full face transplant in 2010. Dr. Barret also led Oscar's operating team.

Once a donor is found, Casaramona will receive, at least, new lips, ears, hair, facial muscles, facial nerves, as well as a new jawbone, tongue and nose.