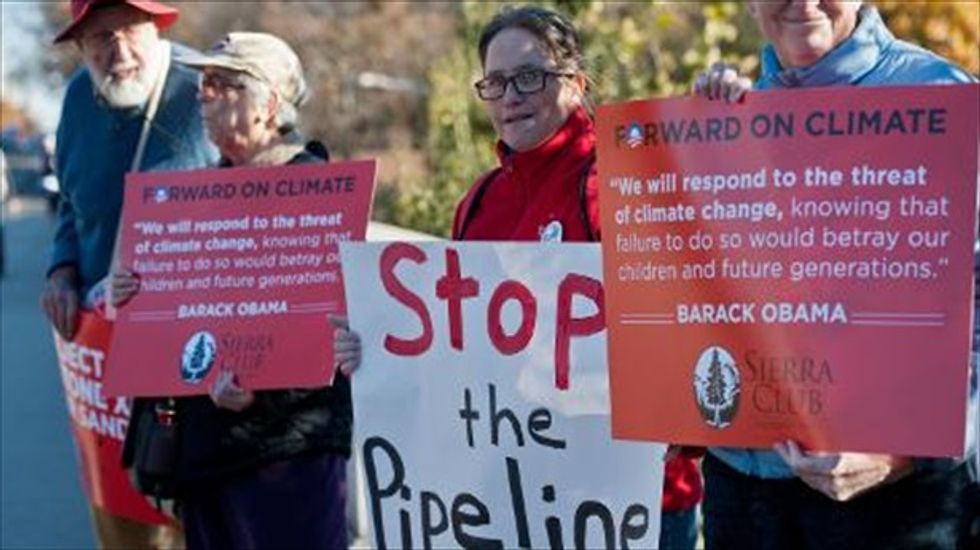 The US State Department released a much-anticipated environmental review Friday of a controversial oil pipeline project from Canada, raising no major objections to the plan.

The Keystone XL project is intended to carry heavy crude from Alberta's oil sands south to Texas refineries, but it has been long delayed amid concerns that it could damage sensitive wetlands and endangered species.

But the final environmental review by the State Department insisted that TransCanada, which operates oil and gas pipelines in North America, has pledged to comply with all laws and regulations.

"Keystone would incorporate the mitigation measures that are required in permits issued by environmental permitting agencies into the construction, operation, and maintenance of the proposed project," the report said.

US President Barack Obama is now expected to decide later this year whether to greenlight the $5.3 billion, 1,179-mile (1,897-kilometer) pipeline, first proposed back in 2008.

More than 1.9 million comments to the draft impact assessment have been sifted through to arrive at the final report, which was described as a "technical" document which makes no decisions.

There will now be a 90-day consultation for all government agencies, including a recommendation from US Secretary of State John Kerry.

Update, 5:28 p.m. EST: Watch a video report on the State Department's findings, as aired on CNN, below.