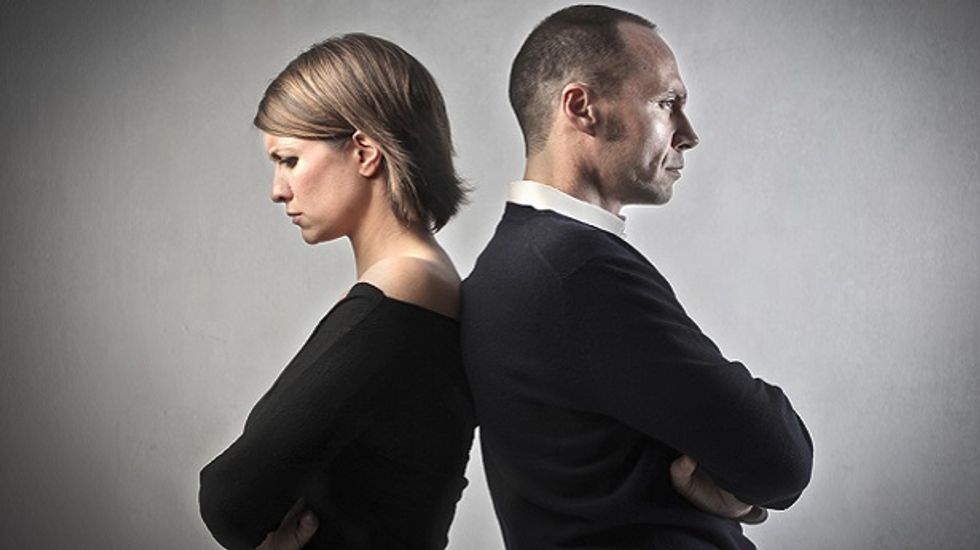 For all the talk about the conservative family values of marriage in Bible-belt, red-state America, a new study to be published this month notes that the more religiously conservative protestant an area is, the higher the divorce rate ... even for non-protestants.

Their study controlled for the effect of poverty, which is greater in the southern Bible belt and is known to contribute to higher divorce rates. Even accounting for income and the higher rate of marriage overall in southern states -- an alternative to unmarried cohabitation more common in less conservative households -- divorce rates in counties with higher proportions of conservative protestants remained higher.

The strongest correlation showed that early marriage and low income among religious conservatives factor into the higher divorce rates. "Unpacking these variations, Glass and Levchak found that the high divorce rate among conservative religious groups is indeed explained in large part by the earlier ages at first marriage and first birth, and the lower educational attainment and lower incomes of conservative Protestant youth," the authors wrote.

Surprisingly, the study also showed that people living in conservative religious counties have a higher risk of divorce, even when they aren't religiously conservative themselves. The authors chalk this up to living in a cultural climate where most people expect to marry young, with little institutional support for young people to postpone marriage and children for education and career. "Abstinence-only education, restrictions on the availability of birth control and abortion, support for marriage as the resolution of unexpected pregnancies, and distrust of secular education (especially higher education) among the populace in religiously conservative counties work to create an environment where young people of every religious belief – or none – tend not to pursue higher education or job training, and instead to engage in early marriage and child-bearing," the authors wrote.