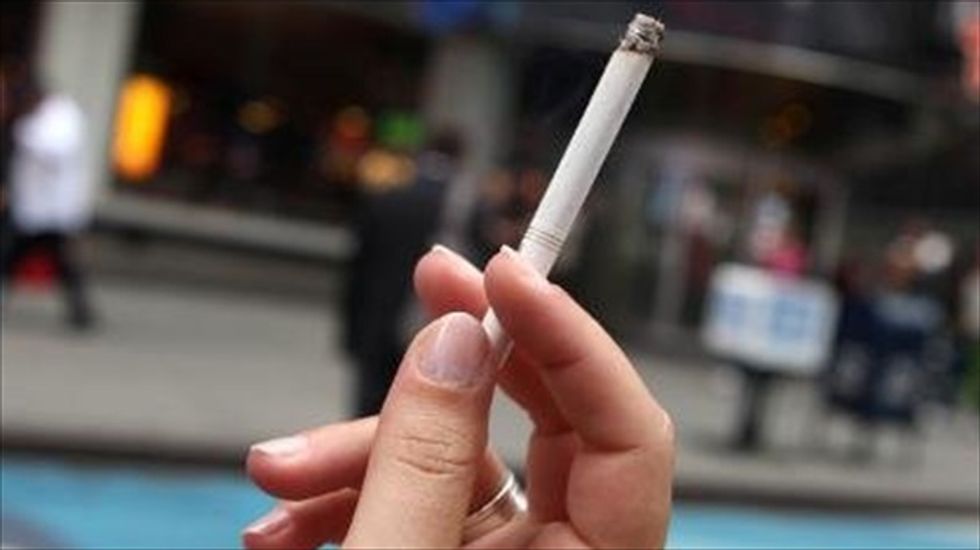 Smoking cigarettes can cause even more health problems than lung cancer, including blindness, diabetes, erectile dysfunction and liver cancer, said a major US government report on Friday.

The latest Surgeon General's findings on the health consequences of smoking were to be formally announced at the White House, in a ceremony marking 50 years since the first landmark report of its kind warned Americans that cigarettes caused lung cancer.

Even though smoking rates are way down in the United States -- 18 percent of people here now smoke compared to 42 percent five decades ago -- modern cigarettes are more potent and more dangerous than ever, said Acting Surgeon General Boris Lushniak.

"Smokers today have a greater risk of developing lung cancer than they did when the first Surgeon General's report was released in 1964, even though they smoke fewer cigarettes," said Lushniak.

"How cigarettes are made and the chemicals they contain have changed over the years, and some of those changes may be a factor in higher lung cancer risks."

The report said experts now know that active smoking can cause a common form of blindness called age-related macular degeneration, as well as diabetes, colorectal cancer and liver cancer.

Those who do not smoke but are exposed to second-hand smoke face an increased risk of stroke, said the report.

More than 20 million people in the United States have died from smoking related diseases and illnesses caused by second-hand smoke.

Smoking remains the leading preventable cause of premature death in the United States, killing nearly half a million Americans a year.

If the current smoking rate does not drop further, one in 13 children alive today will be felled by a disease linked to smoking, the report added.

The cost of smoking in America is more than $289 billion a year in direct medical care and other economic factors, it said.

The report blamed the epidemic on the "aggressive strategies of the tobacco industry, which has deliberately misled the public on the risks of smoking cigarettes."

It is the actual burning of a cigarette that produces "the complex chemical mixture of more than 7,000 compounds that cause a wide range of diseases," the report said.

However, it also noted that "patterns of tobacco use are changing," as some smokers turn toward nicotine-containing e-cigarettes and other products like small flavored cigars.

Nicotine alone is far from risk-free, particularly during pregnancy when it can interfere with fetal brain development, cause stillbirth and premature delivery.

Previous Surgeon Generals' reports have found that nicotine is addictive, that smoking impacts nearly every organ of the body, and that there is no risk-free level of exposure to second-hand smoke.

In all, smoking has been found to cause more than a dozen kinds of cancer and even more chronic diseases.

US research released last week showed that despite a cut in the smoking rate globally, the number of smokers in the world has climbed from 721 million in 1980 to 967 million in 2012 due to population growth and the gaining popularity of cigarettes in the developing world.