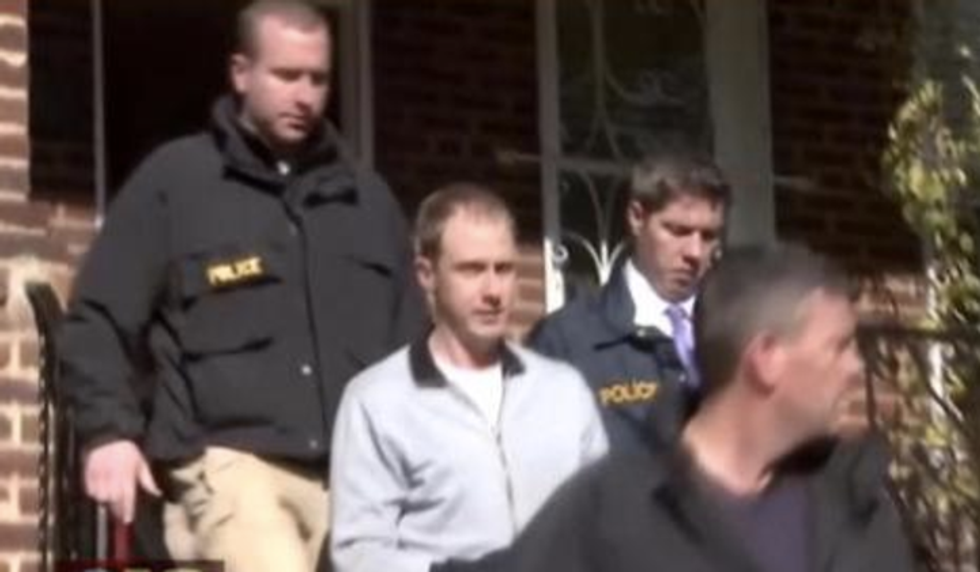 The mother of the highly placed Republican staffer who committed suicide last week after an arrest for child pornography has published his suicide note online. According to Politico, Ryan Loskarn's mother Gay Loskarn posted the note in hopes that her son's story will help others who are struggling with their own childhood sex abuse issues.

"If his words can help just one person who is suffering in silence it will be his greatest accomplishment," she wrote.

"On December 11, 2013, I was arrested for possession of child pornography," Loskarn wrote. "Writing those few words took a long time; seeing them in print is agony. But I owe many, many people an explanation -- if that’s even possible -- and that’s why I’ve written this letter."

The letter explained that Loskarn, former chief of staff to Sen. Lamar Alexander (R-TN), was sexually molested at the ages of five and nine years old. The memories and images of the abuse tormented him, so he locked them away and made himself as emotionless as possible, which he said made him ideally suited for his work as a high flyer in Republican politics.

"As an adult I thought I was a tougher man because of the experience; that I was mentally stronger and less emotional than most. I told myself that I was superior to other people because I had dealt with this thing on my own," he said.

He continued, "Those I worked with on the Hill would likely describe me as a controlled, independent, and rational person who could analyze a situation with little or no emotion. That’s how I viewed myself. In retrospect, the qualities that helped me succeed on Capitol Hill were probably developed partly as a result of the abuse and how it shaped me."

Loskarn said that he first encountered child pornography on the web by accident while surfing a peer-to-peer music sharing platform.

In the images of little boys being sexually exploited by adult men, he said he saw himself. He pointed out in his letter that he experienced the pornographic materials from the perspective of the child.

"I found myself drawn to videos that matched my own childhood abuse. It’s painful and humiliating to admit to myself, let alone the whole world, but I pictured myself as a child in the image or video. The more an image mirrored some element of my memories and took me back, the more I felt a connection," he said.

"This," he wrote, "is my deepest, darkest secret."

Loskarn never spoke to a mental health professional about the abuse until he was in jail on suicide watch.

"I talked with a counselor there about my crime and the horrible hurt I had caused so many people. I didn’t talk to him about my past. I didn’t think it mattered because I intended to kill myself as soon as possible," he explained.

In the end, he apologized to his colleagues on Capitol Hill, his family and to the children in the videos and still photos he bought and traded with other users.

"And last," he wrote, "to the children in the images: I should have known better. I perpetuated your abuse and that will be a burden on my soul for the rest of my life."

Loskarn hung himself in his parents' basement. He was found by a family member on Thursday afternoon. His arraignment before a grand jury had been scheduled for February 8.