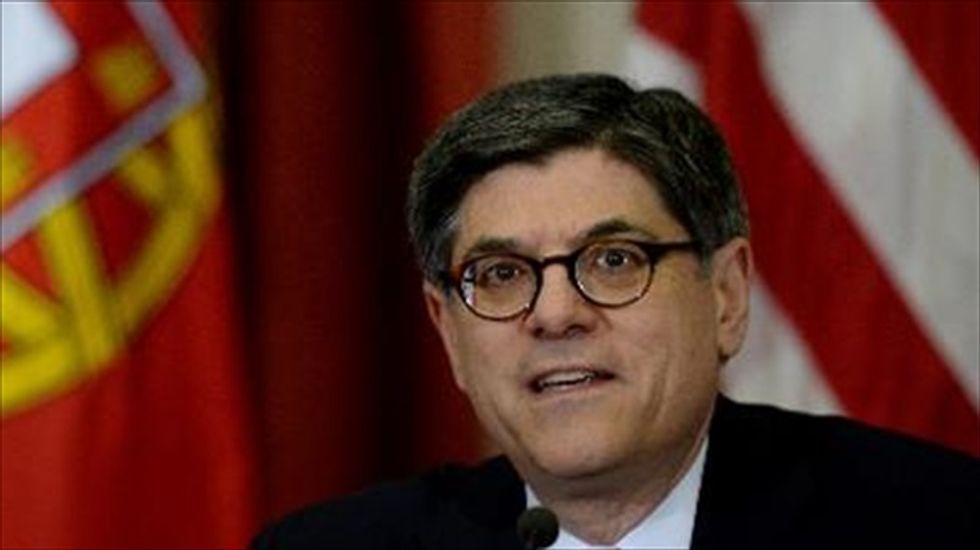 The US Treasury said Wednesday that it would exhaust its ability to borrow funds to pay all its bills by late February if Congress does not increase the country's borrowing limit.

"I respectfully urge Congress to provide certainty and stability to the economy and financial markets by acting to raise the debt limit before February 7, 2014, and certainly before late February," Treasury Secretary Jacob Lew said in a letter to Congress.

Lew said the agency can take "extraordinary measures" in managing its finances to keep funding the government after the debt cap is reached on February 7.

But such measures would only give it flexibility to meet all of the country's obligations through late February.

Lew noted that in the previous political showdowns over raising the borrowing cap over the past three years, the Treasury had more flexibility in its accounts to manage longer after the ceiling was hit.

But the February 7 deadline -- when the cap will be locked at the total amount borrowed at that date -- comes at a time when the government experiences larger-than-usual outflows for things like tax refunds, Lew said.

In addition, he said, the accounting measures the Treasury can take to keep up with its obligations are more limited than when the Treasury hit the ceiling in the past.

US debt currently stands at about $17.3 trillion.