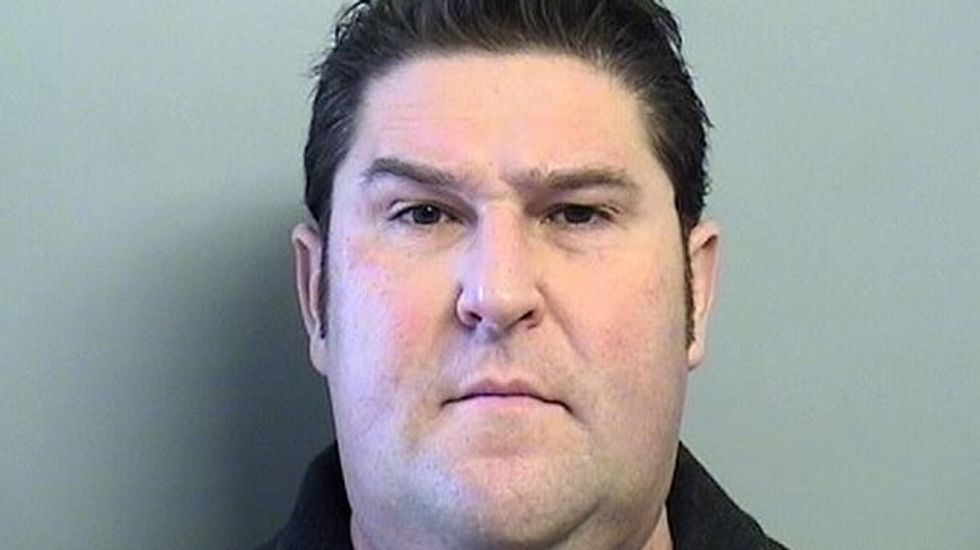 A Tulsa, Oklahoma man is in jail after allegedly assaulting a woman he believed to be Muslim.

According to police reports, the woman -- who is Lebanese and was wearing a headscarf -- pulled into Bill and Ruth's Deli. When she exited her vehicle, Stuart Manning began to berate her for having parked too close to his Jeep.

"Hey, you f***ing b***h Muslim, why did you get so close to my car?" he reportedly said. She claims he followed her to the door of the restaurant yelling, "Muslim b***h!" As she entered the store, she says she observed Manning crouching by her car.

When she exited the store, Manning was removing a knife from one of her tires. According to a bank security guard who witnessed the incident, when she asked him, "Why did you do that?" he responded by striking her in the face with a closed fist. As he punched her, she grabbed his glasses.

The security guard wrote down Manning's license plate number, and police captured him shortly thereafter. When asked if the glasses the victim had handed over to investigators were his, he replied that they were, but that he had no idea how he had lost them.

When police recounted his victim's story to him, he claimed he had "a drinking relapse and did not remember the incident" for which he has been charged with assault and battery, malicious injury to property, and malicious intimidation, the last of which is a hate crime.

Watch the KTUL report on the incident below.