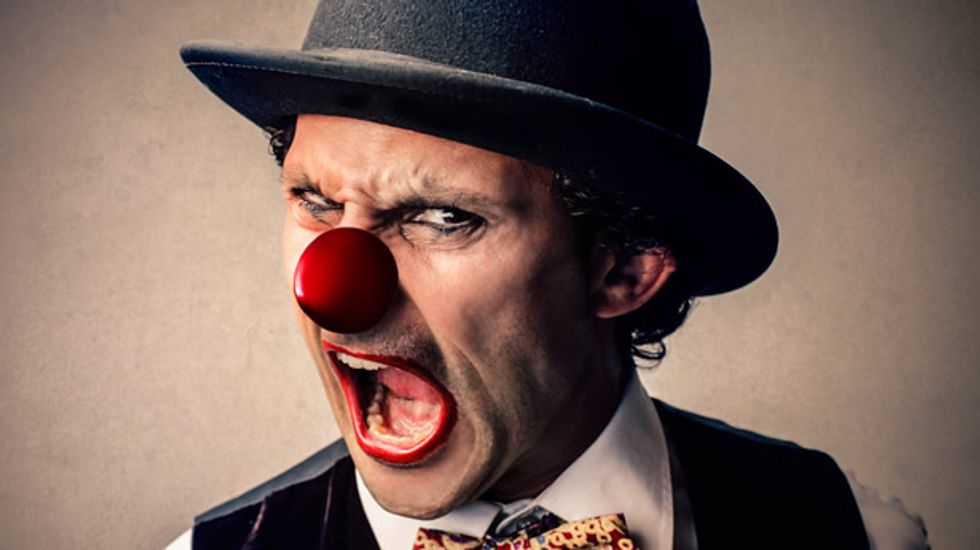 Two men who worked as clowns named "Pistachon" and "Freski Star" in western Mexico have been arrested in connection with an alleged kidnapping, authorities said Thursday.

The two suspects, 21 and 22 years old, were detained along with two associates on Tuesday as they tried to collect a second payment from the family of a kidnap victim, the Michoacan state prosecutor's office said in a statement.

The two suspects kidnapped a young man in the state capital Morelia on December 18 when they met him to rent video and sound equipment from the victim for a show, the statement said.

The pair, who are linked to at least one other kidnapping, were not in their clown suits at the time of their arrest, authorities said.

While murders fell nationwide last year, kidnappings have soared, with interior ministry figures showing 1,583 abductions between January and November compared to 1,317 in all of 2012.

But a survey by the national statistics institute revealed a more startling figure of more than 105,000 kidnappings in 2012 in the country of 118 million people, or almost 290 per day.

It is also the second crime involving clowns in recent months in Mexico.

In October, former drug capo Francisco Arellano Felix was shot dead by a man in a clown suit and makeup at a party in the northwestern beach resort of Cabo San Lucas.

["Portrait of a clown with a bowler hat grimacing" on Shutterstock]