U.S. accuses Syria of 'dragging its feet' on chemical weapons 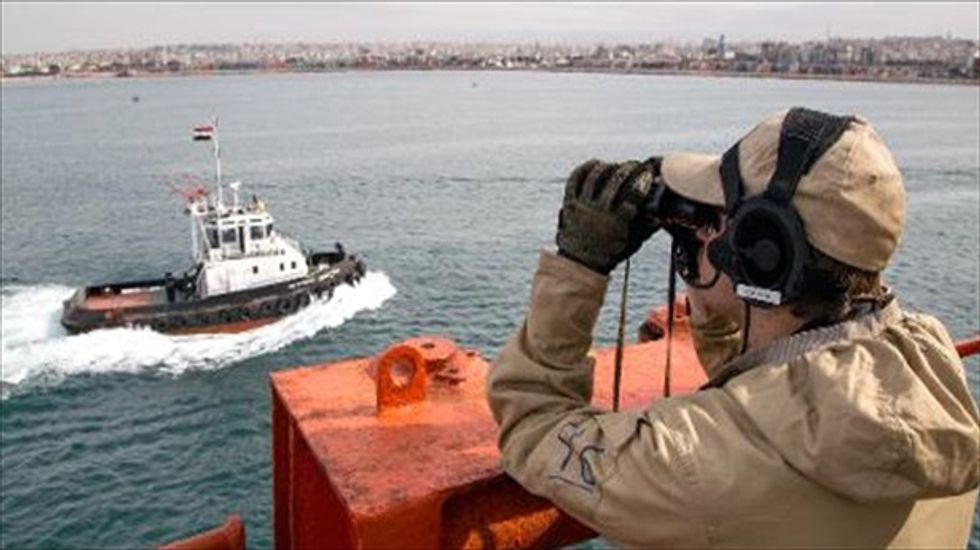 The United States accused the Syrian regime Thursday of dragging its feet over its chemical weapons stockpile and urged Damascus to immediately hand over the cache as promised for destruction.

Top US officials voiced concern that a deadline set with Damascus to remove the most dangerous chemical arms from the country had been missed by a month.

"This is not rocket science here. They're dragging their feet. We need them to pick up those feet and run with this and move forward in moving the chemical weapons stockpile to the ports."

The world's chemical watchdog said Wednesday that Damascus had handed over less than five percent of the most dangerous chemicals in its armory.

Defense Secretary Chuck Hagel and the White House also voiced concern over the delay and pressed Damascus to solve the problem.

"I do not know what the Syrian government's motives are -- if this is incompetence -- or why they are behind in delivering these materials," Hagel told reporters in Warsaw, adding that "they need to fix this."

Just two shipments of around 16 metric tonnes each of so-called Category 1 chemicals have left Syria's port of Latakia this month as part of an internationally backed disarmament plan supervised by the UN and the Organisation for the Prohibition of Chemical Weapons (OPCW).

"The Syrian government has to take responsibility to respect the commitment that had been made," Hagel said, speaking alongside Polish Defense Minister Tomasz Siemoniak.

Hagel said he raised the issue with Russian Defense Minister Sergei Shoigu on Wednesday, asking him "to do what he could to influence the Syrian government."

Psaki also took issue with reported Syrian comments that they did not have the equipment and resources necessary to move the stockpile to the port.

"That is false," she said, adding "we all know that the Syrian regime has the capability to move these weapons since they have been moved multiple times during the conflict."

The White House also called on the Syrian regime to make good on its commitment.

"It is the Assad regime's responsibility to transport those chemicals safely to facilitate their removal," said White House spokesman Jay Carney.

"We expect them to meet their obligations to do so."

The agreement was brokered as a way to avert US missile strikes that Washington threatened after a chemical attack near Damascus that the US and other Western governments blamed on the regime.

Under the deal, Syria's entire chemical arsenal is supposed to be eliminated by June 30.

Syria has declared around 700 tonnes of its most-dangerous chemicals and 500 tonnes of less dangerous precursor chemicals, which only become toxic when mixed with other compounds.

Almost all the chemicals and precursors, except for isopropanol, which is to be destroyed within the war-torn country, are supposed to be removed by February 5.