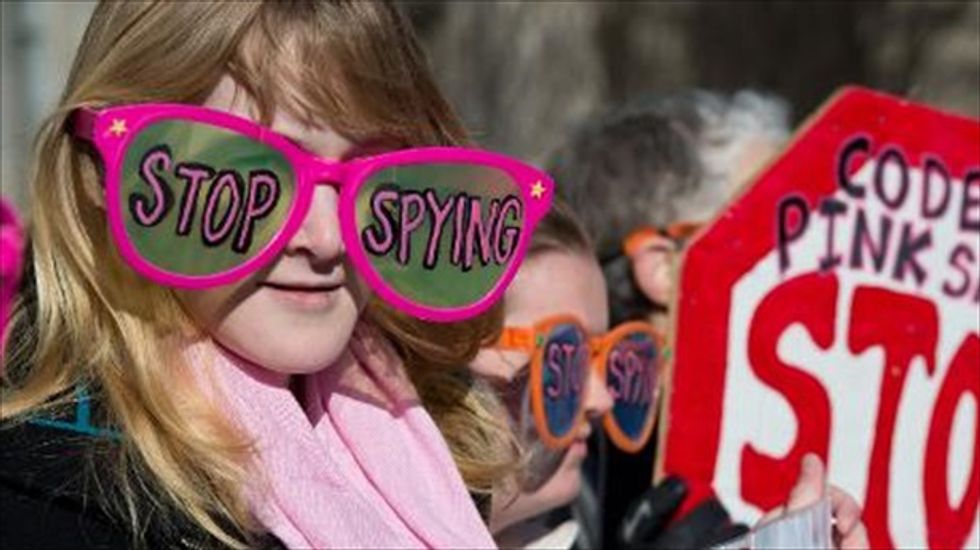 Civil liberties activists hold a rally against surveillance of US citizens in Washington on Jan. 17, 2014 [AFP]

The United States is to give technology firms more leeway to publish broad details of how their customer data has been targeted by US spy agencies, officials said Monday.

"The administration is acting to allow more detailed disclosures about the number of national security orders and requests issued to communications providers," they said, in a joint statement.

In a letter to tech giants Facebook, Google, LinkedIn, Microsoft and Yahoo, the Justice Department freed them release the approximate number of customer accounts targeted.

Previously, the existence of orders made by the secret Foreign Intelligence Surveillance Court for access to private online data was itself classified, to the outrage of the firms.

In addition to the bare numbers of targeted consumers, the companies will also be permitted to disclose the number but not the nature of selection criteria for broader Internet sweeps.