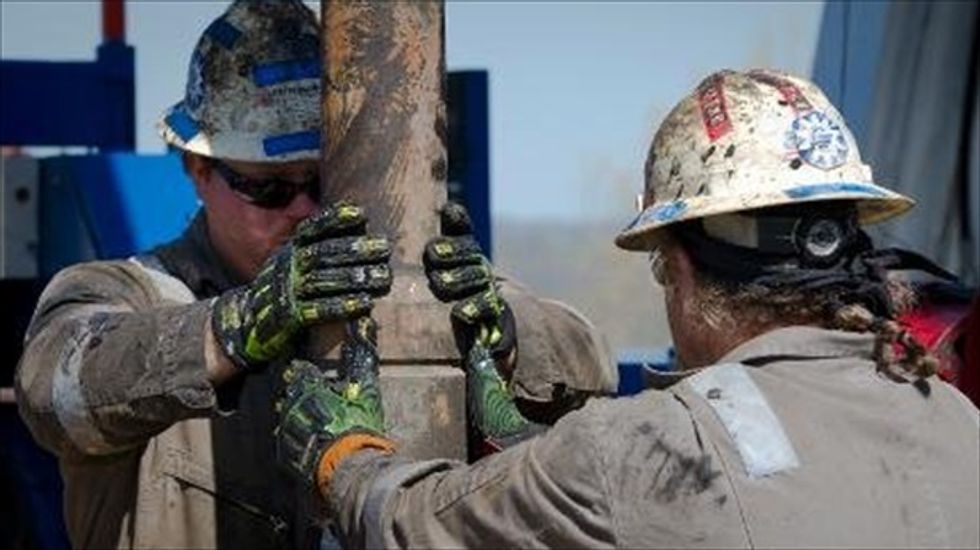 The US economy grew at a robust annual rate of 3.2 percent in the fourth quarter despite the partial government shutdown in October, according to Commerce Department data released Thursday.

Growth in gross domestic product was led by pick-up in exports and a strong acceleration in consumer spending, the main driver of the US economy.

Most analysts had penciled in 3.0 percent GDP growth in the October-December quarter, following the 4.1 percent pace in the third quarter.

Consumer spending rose a hearty 3.3 percent, the sharpest quarterly growth in three years, following a 2.0 percent rise in the prior quarter, the department said in its first estimate of GDP for the period.

Real exports of goods and services jumped 11.4 percent, well above the 3.9 percent increase in the third quarter, as exports grew faster and imports slowed.

The slowdown from the third quarter mainly reflected lower inventory investment, as well as a 12.6 percent decrease in federal government spending, a downturn in housing investment and weaker business investment.

"This GDP release cements the conclusion that US economic growth has finally accelerated from fair to good, and provides evidence that this acceleration will continue into 2014," said Doug Handler of IHS Global Insight.

Handler noted that the contribution of federal spending was hit by the October 1-16 government shutdown and ongoing cutbacks launched at the beginning of the year.

"Most of these effects will not carry into this year," he said.

US President Barack Obama signed a $1.1 trillion dollar spending bill on January 17, the product of a rare budget truce in Congress, that effectively ends the threat of a repeat government shutdown.

The Commerce Department said that the full effects of the shutdown "could not be quantified."

However, it estimated that the reduction in hours worked by federal employees, hundreds of thousands of whom were furloughed during the shutdown, trimmed 0.3 percentage point off GDP growth.

Obama's top economic adviser, Jason Furman, highlighted that the private sector capped off its fastest year of growth since 2003.

"Economic growth was solid in the fourth quarter, a testament to the resilience of American businesses and families," said Furman, chairman of the Council of Economic Advisers.

The better-than-expected fourth quarter data came a day after the Federal Reserve announced it would continue to reduce its massive monetary stimulus program, citing "growing underlying strength in the broader economy."

The Fed said Wednesday it would reduce asset purchases by $10 billion in February to $65 billion, the second month in a row the Fed has reduced spending by that amount as it seeks to wind down its stimulus this year.

Scott Hoyt of Moody's Analytics said that conditions were in place for stronger economic growth in 2014, including a healthy recovery of the housing market, reduced household debt and a highly liquid banking system.

"The main missing ingredient for stronger growth has been confidence. The nightmare of the Great Recession weighs heavily on the collective psyche, and political brinkmanship and policy uncertainty have been hard to bear," Hoyt said.

Though sentiment improved with the budget deal and apparent easing in political brinkmanship in Washington, risks to that optimism have emerged, he said.

"The combination of bad weather, the sell-off in the stock market, and turmoil in emerging markets has undermined sentiment. This is expected to be a temporary phenomenon, but should it persist, the outlook will be threatened."