U.S. insists Syria's Assad is illegitimate and must be ousted 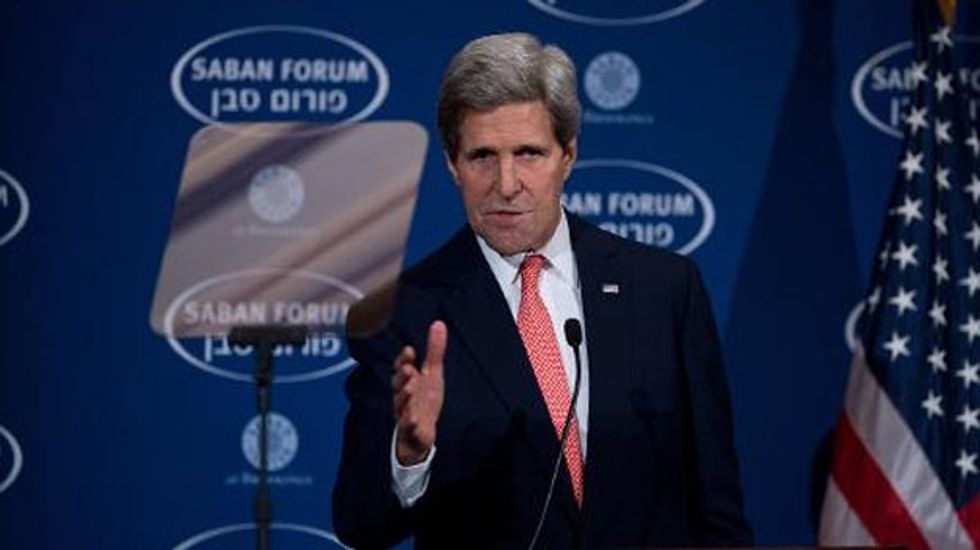 Washington Wednesday upped the ante against the Syrian regime, denouncing its "inflammatory rhetoric" at the opening of key peace talks and dismissing claims of improved aid access as "laughable."

"Instead of laying out a positive vision for the future of Syria that is diverse, inclusive and respectful of the rights of all, the Syrian regime chose inflammatory rhetoric," State Department spokeswoman Jen Psaki said.

"The fact remains the devastating circumstances created by the regime on the ground in Syria will not be changed by inaccurate words, they will only change through the implementation of the Geneva communique, including the creation of a transitional governing body and by the regime taking real, concrete steps to increase humanitarian access and improve the lives of the people suffering the most."

The United States has insisted for years that Syrian President Bashar al-Assad has lost all legitimacy to lead his people, accusing the regime of sustained brutality in the three-year war which has left 130,000 people dead.

As some 40 countries gathered for the opening of the talks in the Swiss lakeside city of Montreux, Syrian Foreign Minister Walid Muallem dubbed the country's opposition "traitors" and foreign "agents."

The conference marks the first time the regime has sat down at the negotiating table with the Syrian opposition since the uprising erupted in March 2011.

US officials have worked hard behind the scenes for months to unite the divided Syrian opposition and bring them to the talks aimed at charting a path towards a transitional government.

US Secretary of State John Kerry said Wednesday that Assad "will not be part of that transitional government".

"There is no way, not possible in the imagination, that the man who has lead the brutal response to his own people could regain legitimacy to govern," he added.

Muallem hit back that only the Syrian people could decide their president, and offered assurances that progress had been made on allowing aid organisations access to stricken populations.

But the US said if he was serious the regime should immediately open up safe corridors to aid convoys and lift restrictions for advance notice.

Psaki also used her Twitter account @StateDeptspox to hammer away at the Syrian regime, suggesting the Syrian coalition led by Ahmad Jarba better represented the people.

"At #Geneva2 Muallem stays at his del seat. Immovable. SOC has rotated: from Jarba to a Sunni, woman, Druze, Kurd, from all over Syria," Psaki tweeted.