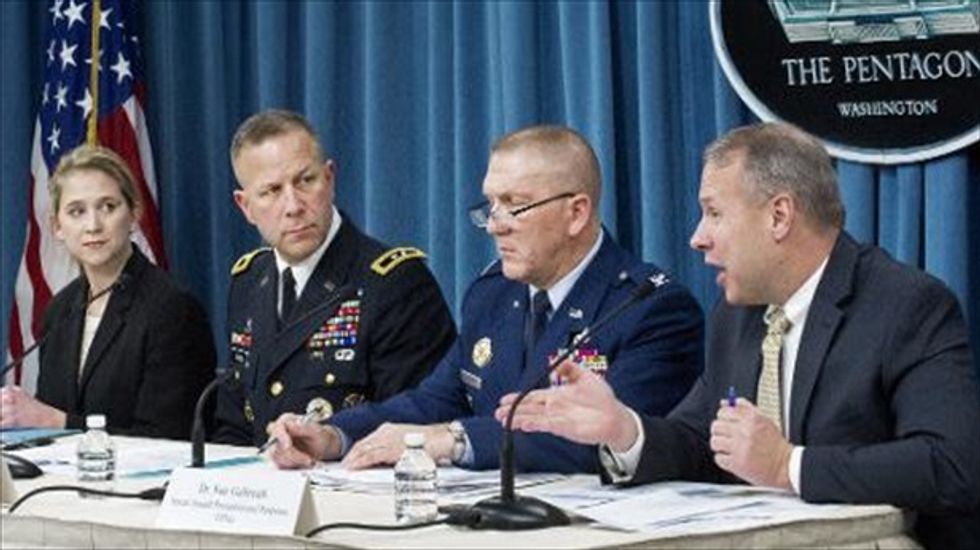 Sexual assault cases have declined at two of the three US military academies but students still worry they will suffer social retaliation if they report an incident, officials said Friday.

The students also say they are reluctant to confront sexist behavior by a small number of cadets and athletes, underscoring the need for commanders to improve the climate at the academies, according to a Pentagon report.

The general presented the findings of an annual report on sexual assault at the academies, which have come under scrutiny in recent years as part of a wider concern over a spike in assaults across the American military.

"Sexual assault is a crime and has no place at the academies, just as it has no place in our own forces," Snow told a news conference.

Sexual assaults decreased at the US Military Academy and the US Air Force Academy in the 2012-13 academic year, compared to the previous period, according to the report.

However, officials said it was unclear whether the overall decrease was due to fewer assaults taking place or due to fewer victims being willing to report the crime.

The Defense Department needed to instill a climate of dignity at the academies where students "possess the social courage to take action when faced with situations at risk for sexual assault, sexual harassment, and inappropriate behavior of any kind," Snow said.

The report, which included focus group surveys of students and faculty, said cadets and midshipmen admitted "reluctance to report incidents of either sexual assault or sexual harassment due to perceived damage to their reputations."

The students feared being socially ostracized for getting a fellow cadet in trouble, getting themselves in trouble for other offenses such as underage drinking or being blamed for causing the incident, the report said.

"They believe that calling such attention to themselves can diminish their social standing among peers and have a future impact on their careers," it said.

Officials said it was crucial to counter sexism and harassment, as they fueled further sexual assaults.

"There is a strong, positive correlation between the experience of sexual harassment and the eventual sexual assault of people in military units," said Nate Galbreath of the Pentagon's sexual assault prevention and response office.

The report also found that alcohol plays a major role in sexual assaults and urged the academies to review the availability of alcohol to cadets.

The academies need to pursue more training and other initiatives to encourage students to report or take action when they are confronted with misbehavior, it said.

The report cited publicized incidents of misconduct at the three academies that have raised concerns about the prevailing culture of sports teams in particular.

At West Point, the US Army's military academy, members of the men's rugby team circulated emails that were disrespectful of women.

At the Air Force academy in Colorado, an old slide presentation that disparaged women continued to be circulated by some members of at least two sports teams.

And at the naval academy in Annapolis, Maryland, some midshipmen violated school rules and rented out an off-campus house to host parties and reportedly serve alcohol to minors. The house was the scene of an alleged sexual assault involving a female student and members of the academy's football team.