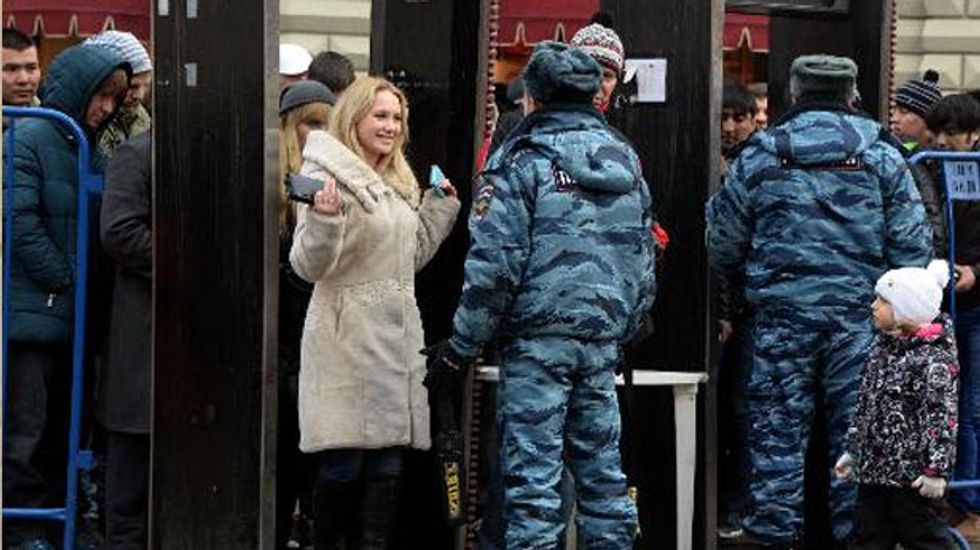 The United States said Monday it was ready to deploy air and naval assets -- including two ships -- to help secure the upcoming Winter Olympics in Russia after terror threats.

The offer came following US concern about possible attacks at the massive international sporting event that kicks off in the Black Sea resort city of Sochi on February 7.

"The United States has offered its full support to the Russian government as it conducts security preparations for the Winter Olympics," Rear Admiral John Kirby said in a Pentagon statement.

"Air and naval assets, to include two Navy ships in the Black Sea, will be available if requested for all manner of contingencies in support of -- and in consultation with -- the Russian government."

Islamist insurgents based in North Caucasus republics such as Dagestan seeking their own independent state have vowed to disrupt the Sochi Games in an effort to undermine Russian President Vladimir Putin.

In a new video threat posted on a prominent North Caucasus Islamist website, two men sitting in front of a jihadist flag warn of planned attacks at the event.

The introduction says the men were responsible for two suicide bombings in the southern city of Volgograd last month -- Russia's deadliest in three years -- which killed a total of 34 people.

On Sunday, some US lawmakers said Russia was not adequately sharing intelligence with Washington.