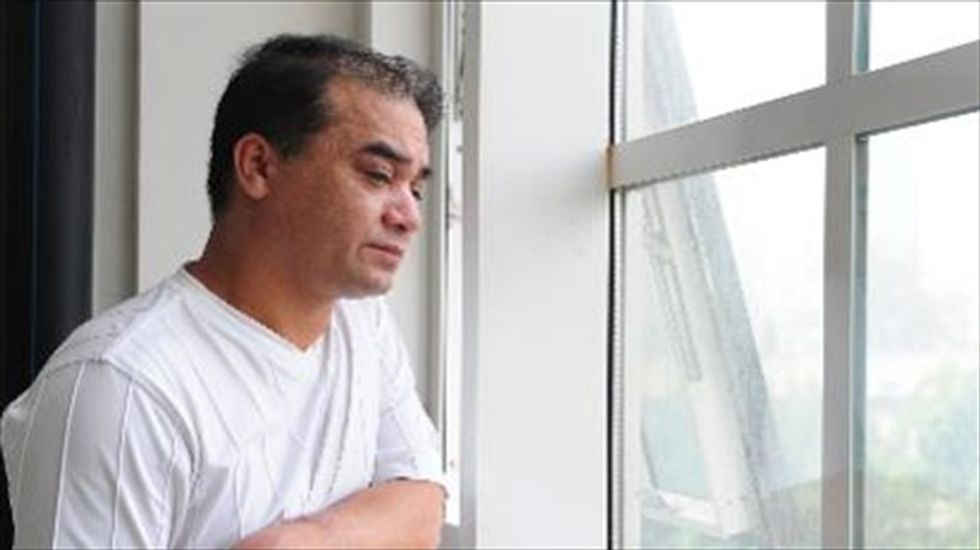 University professor, blogger, and member of the Muslim Uighur minority, Ilham Tohti pauses for a few moments for a view from the window before a classroom lecture in Beijing on June 12, 2010 [AFP]

The United States on Thursday urged China to guarantee the freedoms of a prominent academic from the Uighur minority, saying his detention marked a trend of repression of peaceful criticism.

State Department spokeswoman Jen Psaki said the United States was "deeply concerned" by the seizure of Ilham Tohti, a Beijing-based economist who has criticized China's treatment of the mostly Muslim Uighur community concentrated in the western region of Xinjiang.

Psaki called the detention "part of a disturbing pattern" of arrests of lawyers, activists, journalists "and others who peacefully challenge official Chinese policies and actions."

Tohti and his mother were taken Wednesday to an unknown location by several dozen police who seized their mobile phones and computers, his wife Guzaili Nu'er told AFP.

Chinese Foreign Ministry spokesman Hong Lei said that Tohti had been "criminally detained" because he was "under suspicion of committing crimes and violating the law," suggesting he is likely to face criminal charges. No further details were provided.

The United States frequently chides China for the detention of activists, a clampdown that rights groups say has accelerated since President Xi Jinping assumed power a year ago.

The vast Xinjiang region, which borders central Asia, has been hit by a series of violent clashes in the past year that have killed dozens. China's government has sometimes blamed the violence on "terrorists."

Rights groups and outside scholars say unrest is spawned by cultural oppression, intrusive security measures and a wave of immigration by China's Han majority.