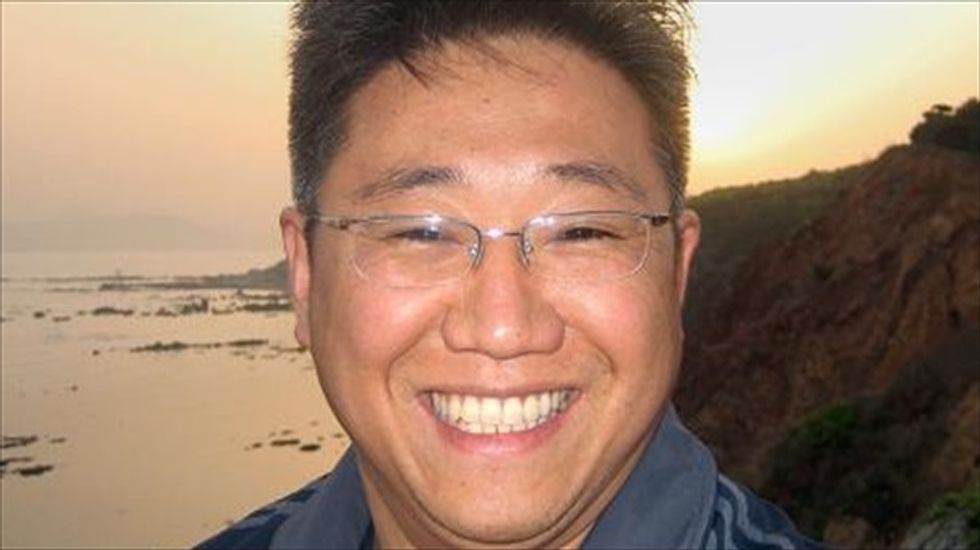 The United States said Monday it was ready to send an envoy to North Korea to bring back a jailed American who pleaded in front of reporters to go home.

Kenneth Bae, a tour operator arrested in November 2012, made a public confession of wrongdoing -- often seen as a prerequisite for the totalitarian state to release foreign prisoners.

"We continue to urge the DPRK authorities to grant Bae amnesty and immediate release," Psaki said, referring to the North by its official name, the Democratic People's Republic of Korea.

Another US official who requested anonymity voiced hope that North Korean authorities' decision for Bae to address reporters "signals their willingness to release him."

The official said that Robert King, the US envoy on human rights in North Korea who has visited in the past, was prepared to bring home Bae.

"We have offered to send Ambassador King to Pyongyang to secure Mr. Bae's release. We have asked the North Koreans this, and await their early response," the official said.

Bae, a Korean American also known as Pae Jun-Ho, was arrested as he entered North Korea's northeastern port city of Rason. He was sentenced to 15 years of hard labor last year on charges of seeking to topple the government.

Bae spoke to a small group of reporters at what was described as a news conference. Japan's Kyodo News said that the 45-year-old was dressed in a gray inmate's uniform and flanked by two security guards for the event, which lasted three and a half minutes.

Bae admitted to wrongdoing and called on the US government to help secure his release so that he could return to his family "at the earliest possible date," according to Kyodo.

A court in North Korea, which strictly controls religion, had described Bae as a militant Christian evangelist who had smuggled subversive material into the country and sought to establish a base in Rason.

The United States has tense relations with North Korea, which has carried out three nuclear tests and in the past released Americans after visits by former presidents Bill Clinton and Jimmy Carter.

North Korea recently released another American, 85-year-old Merrill Newman, a few weeks after the Korean War veteran was pulled away during an organized tour and accused of crimes against the regime.

Newman made a videotaped confession in stilted English that he later said was involuntary.