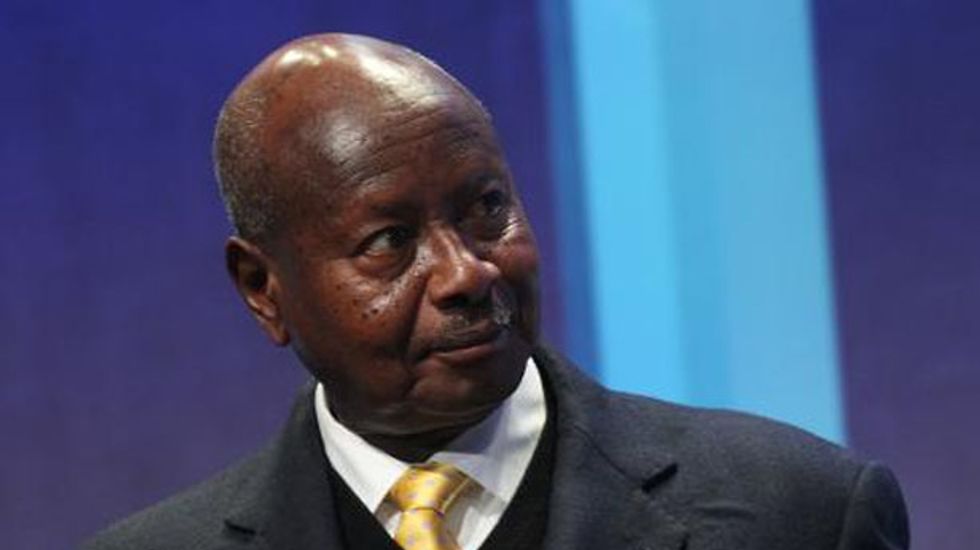 Ugandan President Yoweri Museveni has refused to approve a controversial bill that would have seen homosexuals jailed for life, insisting that there were better ways to cure the "abnormality".

In a letter to parliament, the president said homosexuality was caused by either "random breeding" or a need to make money. And lesbians, he added, choose female partners because of "sexual starvation" and the failure to marry a man.

Museveni, who is a devout evangelical Christian, said the best way to stop people being gay was to improve the African nation's economy, the independent Daily Monitor newspaper reported.

"The question at the core of the debate on homosexuality is what do we do with an abnormal person? Do we kill him/her? Do we imprison him/her? Or do we contain him/her?" the president was quoted as writing in his letter to parliament.

"Even with legislation, they will simply go underground and continue practising homosexuality or lesbianism for mercenary reasons," he argued, also complaining that the bill was passed in parliament without the necessary quorum.

The anti-gay bill cruised through the Ugandan parliament last month after its architects agreed to drop an extremely controversial death penalty clause, although the bill still held that repeat offenders should be jailed for life -- drawing widespread international condemnation.

Museveni, a key regional ally of the United States and the European Union, has already been under fire from key Western donors over alleged rampant corruption.

Although he has refused to sign off on the legislation, Museveni left little doubt that his homophobic outlook remained intact.

"You cannot call an abnormality an alternative orientation. It could be that the Western societies, on account of random breeding, have generated many abnormal people," said Museveni, whose speeches often contain pearls of wisdom gleamed during his childhood in a livestock-rearing, cattle-herding community.

The president added that other people became gay for "mercenary reasons", or, in the case of lesbians, a lack of sex with men.

The report said the president believed that improving Uganda's economy -- including rapid industrialisation and modernising agriculture -- was the best way to "rescue" young people from the risk of falling into what he termed "disgusting behaviour".

Uganda' most prominent gay rights activist, Frank Mugisha, told AFP that the president's decision not to endorse the bill was nevertheless "progress" and may be a sign that his stance was softening -- given that politicians have previously insisted homosexuality was only a lifestyle choice.

"The president's view is evolving but he needs to get more scientific information, more information from us and our partners the activists," Mugisha said.

"I think he is trying to push parliament and lawmakers not to criminalise homosexuality or any sort of minority, even if now he is using the term 'abnormality'," Mugisha said, adding he hoped Museveni would one day come to view gays as "a minority or different people".

David Bahati, the Ugandan lawmaker who spearheaded the bill, told AFP that he was disappointed and defended the text as necessary to "protect the present and future generations of Uganda".

Jonah Lwanga of the Inter-Religious Council of Uganda also suggested the president had bowed to donor pressure.

"The president should not bow to pressure from outside. He should as a matter of urgency sign this bill into law," he said.

"This is not about aid but the moral fabric of our nation and human race."

Gay men and women in the country face frequent harassment and threats of violence, and rights activists have also reported cases of lesbians being subjected to "corrective" rapes.

In 2011, prominent Ugandan gay rights activist David Kato was bludgeoned to death at his home after a newspaper splashed photos, names and addresses of gays in Uganda on its front page along with a yellow banner reading "Hang Them".

AIDS activists say that if passed the bill would have prevented gays from having access to essential public health information, such as how to protect themselves from HIV and how to access life-saving treatment and support services.