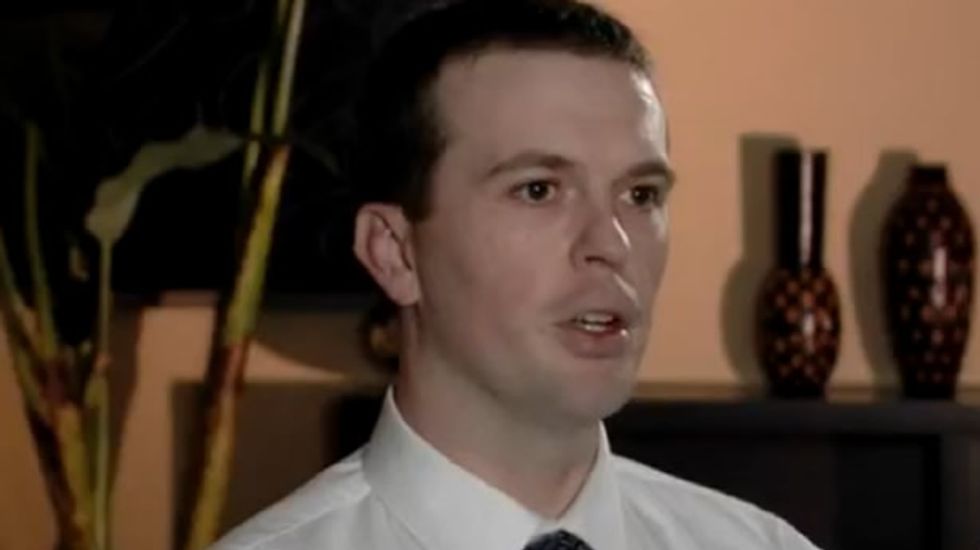 A Utah man vows to go without food until the state stops issuing marriage licenses to same-sex couples.

By his reckoning, states have unilateral authority to reject any decision made by the federal government, and cites as evidence a series of failed attempts to have this belief recognized in courts of law.

Southern segregation supporters attempted to claim a similar power for their states, but in Cooper v. Aaron, the Supreme Court ruled that Brown v. Board of Education "can neither be nullified openly and directly by state legislators or state executive or judicial officers nor nullified indirectly by them through evasive schemes for segregation."

Meacham remains undeterred. In a post on his public Facebook page flush with false humility, he writes that "I cannot stand by and do nothing while this evil takes root in my home. Some things in life are worth sacrificing one's heath and even life if necessary. I am but a man, and do not have the money and power to make any noticeable influence in our corrupt system. Never the less, I can do something that people in power cannot ignore."

He claims that his opposition to same-sex marriage "has nothing to do with hatred of a group of people," but on his blog, he is quick to note that the challenge to Judge Shelby's decision will be "will be heard by Sonia Sotomayor, a known champion of the homosexual movement."

His public Facebook page also includes numerous links to articles whose connection to concerns about federalism are tenuous, such as one entitled "Pants on Fire: Give Gays Who Lied About Being Victims of Hate Crimes."