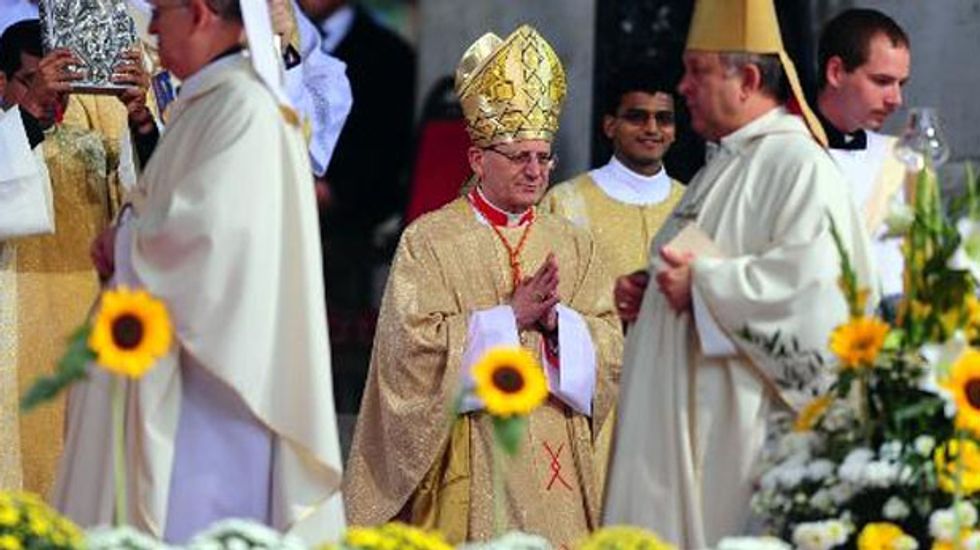 The Vatican has said it is cutting the costs of sainthood applications, which can reportedly spiral up to a million dollars (735,000 euros), in a move that could boost candidatures from the developing world.

Cardinal Angelo Amato, who heads up the Congregation for the Causes of Saints, was quoted by the Vatican's official Osservatore Romano daily on Wednesday as saying the change is aimed at removing "inequality".

Applications for sainthood can take years and costs include legal fees and travel bills for medical experts from around the world who are often called on to verify supposed medical miracles attributed to would-be saints.

The Archdiocese of Indianapolis was cited by the Huffington Post as saying the price of canonisation campaigns range between $250,000 and $1 million -- with a lot of money coming from ordinary parishioners.

The price-tag means bids for candidates from the developing world have until now had less chance of success but the Vatican is now introducing a "fixed tariff" aimed at cutting costs, Osservatore Romano said.

Amato said he was also encouraging private donations to help finance the Vatican's investigations into applications in cases where the applicant's cause lacks wealthy allies who can sponsor the process.

Pope Francis has called for a less "Vatican-centric" Catholic Church that reaches out to the "peripheries of the world" and is planning a major overhaul of the scandal-hit Vatican bureaucracy and finances.