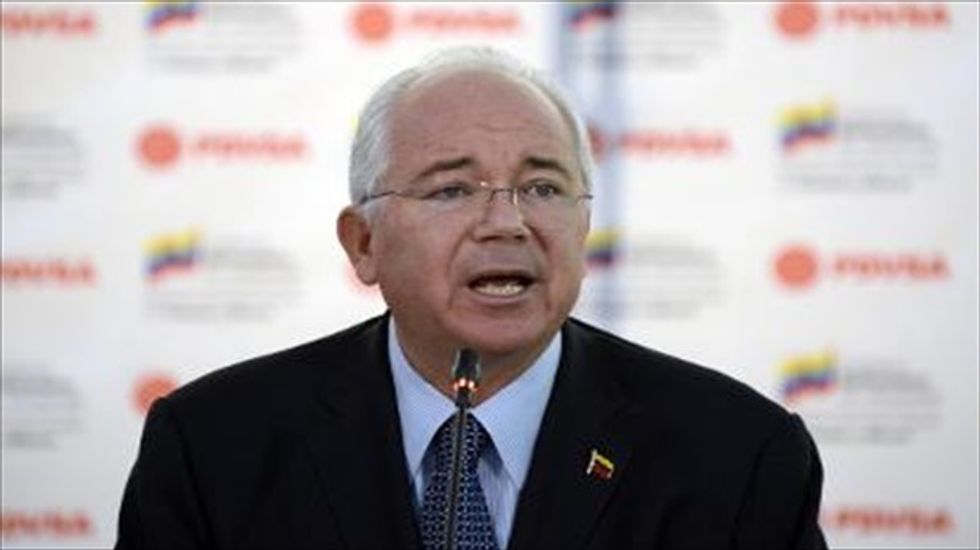 Venezuela said Wednesday it would allow only importers of high priority goods like food to buy dollars at the official rate, forcing others to pay nearly twice that.

Rafael Ramirez, Venezuela's vice president for economic affairs, insisted the move was not a devaluation of the bolivar currency, even though it would have that effect for those who need US dollars but are not on the priority list.

"This is not a devaluation. This is a different exchange system," Ramirez said in announcing the sweeping move. "Really, we are building a system of multiple exchange rates."

Critics, however, noted that the change is a de facto devaluation -- which the government needs to help control skyrocketing inflation -- with a label on it that sounds appealing to government supporters.

Ramirez shot back to reporters: "I won't be debating whether there was a devaluation.

"We will not give in to the enemy's blackmailing of our country," Ramirez said, raising the government's claim that local "bourgeois" business interests are trying to take advantage of the poor, most of whom support the populist-socialist government.

Under the new regime, Venezuela will only provide dollars at the official rate of 6.3 bolivars to $1 to importers of designated priority goods like food and medical supplies.

Others who need dollars to pay overseas bills will have to buy them at government-run auctions, where $1 costs an average of 1.3 bolivars.

Venezuelans seeking dollars for travel, remittances abroad or non-priority imports will have to buy them at auction market, Ramirez said.

He did not say how many dollars travelers, who can cash in on the difference between official and black market rates, would be allowed to have. Until now it has been $3,000 a year on credit cards and $500 in cash.

"This new system of multiple rates is going to be a great stabilizing factor," Ramirez argued.

Venezuela has been plagued with widespread shortages of staples and other goods under its system of strict currency controls.

That in turn has helped fuel inflation, which is running at 56 percent a year, the worst in Latin America.

Critics say corruption has flourished under the system, as those with access to dollars at the official rate sell them in the black market, where the rate now hovers at 60 bolivars to the dollar.

President Nicolas Maduro has vowed to keep the official rate in place despite pressure for devaluation.

Ramirez, who is also president of the state-oil company that generates 96 percent of Venezuela's foreign revenues, said that the government plans to exchange $42 billion worth of bolivars this year, $11.4 billion of it through the government-run secondary market.