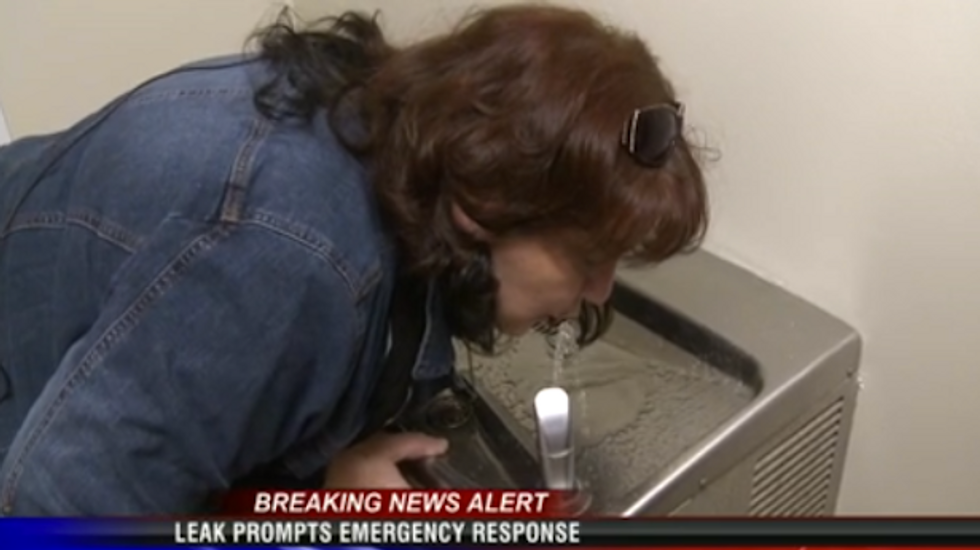 A West Virginia environmental scientist said he found traces of formaldehyde in water sample taken from a restaurant.

"It's frightening, it really is frightening," said Scott Simonton, a Marshall University scientist and member of the state Environmental Quality Board. "What we know scares us, and we know there's a lot more we don't know."

Simonton said methanol, which is a main component of the 4-methylcyclohexanemethanol that leaked earlier this month into the Elk River, breaks down into the carcinogenic chemical formaldehyde.

"Your level of what risk you will accept is up to you, I can only tell you what mine is and I'm not drinking the water," Simonton said, adding that his family won’t drink or cook with the water. "The formaldehyde had me personally a little freaked out."

He told a joint legislative committee on water resources that he found traces of formaldehyde in water samples taken from the restaurant Vandalia Grille in Charleston.

Simonton didn’t say how much he found or when he found it, the Charleston Gazette reported.

The scientist said he was still concerned with the 1 part per million standard for Crude MCHM, as the spilled coal processing chemical is called, set by the federal Centers for Disease Control as the safety threshold in water for everyone but pregnant women.

"We don't know what happens to this stuff once it gets into the environment," Simonton said. "What happens when it reacts with makeup or soap or shampoo or anything else that we come into contact with everyday?"

The CDC standard was based on proprietary studies conducted on rats by Eastman Chemicals, which makes Crude MCHM, and Simonton said some of the methods used by the researchers made it impossible to determine what caused death in the rats.

The scientist also called into question the flushing period recommended by West Virginia American Water and state officials, saying it wasn’t enough, and added that Crude MCHM was sticking to pipes.

"I think we're in a little bit of shock because of this," said state Sen. John Unger, (D-Berkeley).