White House panel: No one should wait more than half hour to vote 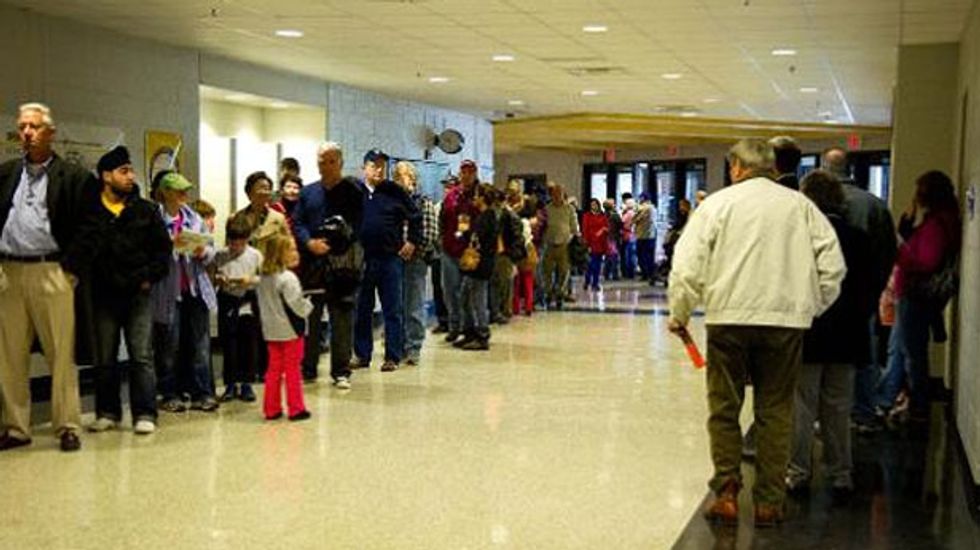 A presidential commission Wednesday said no American should have to wait more than 30 minutes to vote, unveiling proposed reforms to tackle long lines and clogged polling places on election day.

It also warned that many voting machines were now more than a decade old and were wearing out with no replacements on the horizon.

Chaotic scenes in some parts of the country are a staple of US elections, from the Florida recount in the 2000 presidential election to Democratic Party claims that some Republican state governments thwarted early voting last year to suppress Obama's vote.

The bipartisan commission was chaired by the top legal counsels from the campaigns of Obama and his Republican foe Mitt Romney -- Robert Bauer and Benjamin Ginsberg.

"The problems observed in recent elections stem, in part, from these defining characteristics of our electoral system," the report said.

"Long wait times at select polling places result from a combination of mismanagement, limited or misallocated resources, and long ballots."

The panel also found wide disparity in facilities for voters who do not speak English as a first language and problems encountered by those serving in the military and their dependents.

The report was unveiled as Obama, who first called for an inquiry into long voter lines in his 2012 victory speech, met commission members at the White House.

"I think all of us share the belief, regardless of party, affiliation, that our democracy demands that our citizens can participate in a smooth and effective way," Obama said.

He said the recommendations were "outstanding" and pledged the White House would work with Congress and state and local governments across the country to get them implemented.

However, reforming the election system in the United States is fraught with problems, given that voting procedures are shaped by state and local jurisdictions resistant to federal dictates and subject to often parochial political considerations.

Specifically, the report called for an expansion of online voter registration and for states to update voter lists to avoid fraud.

It proposed an expansion of voting before Election Day including by mail and in person and called for the use of more schools, nestled in local communities, as polling stations.

It warned of an "impending crisis" in voting machines technology and recommended better training for volunteers at polling places.