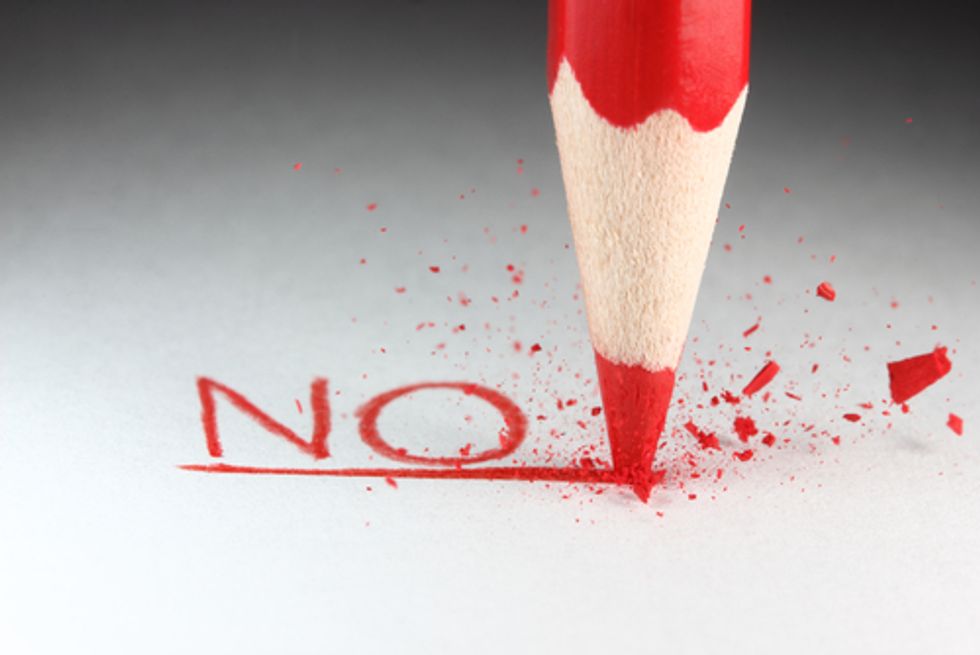 A couple of websites have covered this story of a Swedish judge who let a rapist go, even though the rape victim did her due diligence in taking "responsibility" to not be raped by screaming "No!" until she was hoarse. The judge's reasoning is that the rapist didn't believe no means no, so we can't assume he intended to rape her.

I wish I could say I'm surprised, but I'm really not. The "I didn't know no meant no" excuse is actually the same excuse that rapists and their apologists make all the time. Suddenly deciding that men are imbeciles who can't understand basic communications between  human beings is standard operating procedure for rapists and their apologists. Take, for instance, the comment thread underneath this blog post that dared suggest that creating an affirmative definition of consent---expecting people to only have sex with people who indicate interest in sex with them---was a good idea. The expectation that a man understand the difference between leaning into his kisses while unbuttoning his pants and wiggling away from him while asking for a ride home is too much! The same men who literally spend hours out of every day going to various websites to scold female writers for being too bitchy, uppity, outspoken, etc. suddenly, when it comes to the topic of rape, are ready to scold women for not being outspoken enough. Women should know, I was told in so many words, that we are assumed to be consenting to sex at all times, unless we apply for an exemption in the strongest wording possible. Demurring shall be assumed to be consent. Politeness and attempts to avoid being called a "bitch" by asking to go home or saying "not now" or "I'd rather not" instead of a screaming "NOOOOOOO!" shall be assumed to be consent. If you can't bring yourself to phrase your denials as strongly as possible and instead are polite about it, as you are expected to be at all other times, then rape is what you have coming. That's the only way to hold women "responsible".

In case it's not clear, then these are the rules for women: 1) You are to be quiet and submissive and polite and deferential all the time. Stating opinions and beliefs too bluntly turns people off and makes them dislike you. If you get harassed relentlessly online, for instance, this is your fault for being too outspoken and stating what you think too bluntly. 2) However, if you are alone with a man who is getting aggressive and starting to scare you, then you deserve to be raped unless you are assertive and blunt. Super-duper blunt. You cannot assume that the aggressive man understands normal refusals. You have to be explicit. Do not assume a "no" to vaginal can be understood as a "no" to anal, ladies. If he tried to come in the front door and you say, "No, do not stick your penis in my vagina," and he comes in the backdoor, you deserved it for inadequate forthrightness. 3) But never forget, being forthright does make you a bitch. That rule is not suspended if you are opting out of rape.

And, of course, all this is suspended if you have the misfortune of finding yourself in bed with a man who includes "no" in the list of denials he claims not to understand.

We already have a large amount of research to show that men who claim not to understand the various ways that people say no when it comes to sex are lying. But it's interesting how much power the "Well, I didn't know that she meant no when she refused to kiss me back and kept asking to go home" argument really has. If that's actually how these guys see the world, then surely these are other behaviors that they engage in:

Obviously, these guys understand demurrals and denials that aren't explicitly phrased, or else these behaviors would be as rampant as rape is. The problem is clearly that there's an expectation that women should bend to men's wishes unless they have a "good" reason not to. It's not just with sex, either. Most women can tell you about how men can get furious with you for declining a conversation, a drink, a date. We're supposed to give someone a "chance", unless we make an application for an exception, such as whipping out a boyfriend who has already laid claim to us so that we can be allowed to say no.

Now, all that said, I realize that rapists have sex with non-consenting people because the non-consent is what gets them off. "I didn't know" is a lie. They knew and the woman's pain and discomfort was exciting for them. But they claim that they didn't understand polite---or even explicit, it turns out---demurrals because they know they can depend on this cultural notion that a woman is assumed to be consenting to sex in a way that we never assume anyone is consenting to any other social interaction without actually bothering to find out. And that is fucked up.