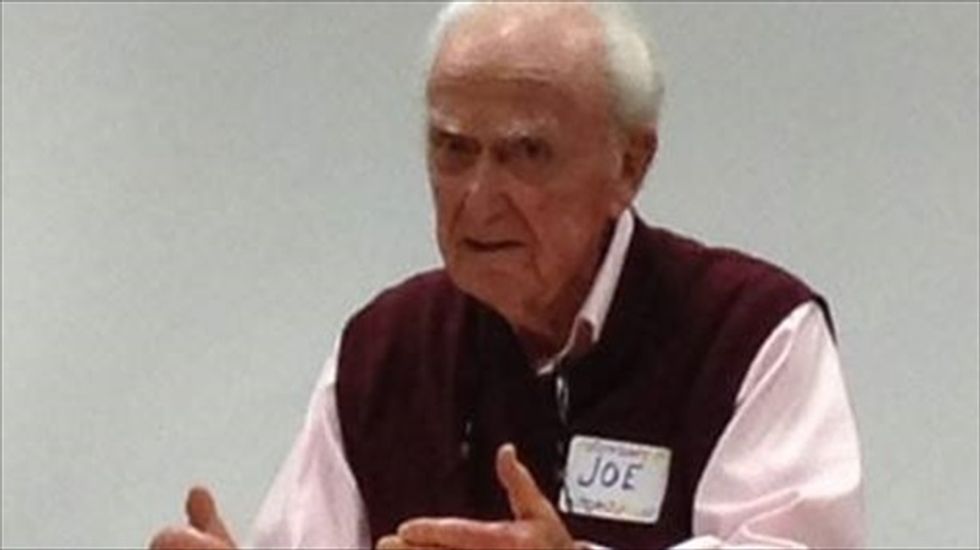 A Florida great-great grandfather has launched a campaign to run for the U.S. Congress in November, running on a record of 101 years of life experience.

In a bid to become the world's oldest freshman, Joe Newman announced on his website joenewman101.com that he will present his candidacy to the House of Representatives for the first time on a promise that "all citizens be heard."

He is 76 years older than the minimum age of 25 required to serve in Congress.

"At 101, my 'fruit of experience' far surpasses everyone else in this congressional race," Newman wrote on his blog.

He said his long-shot bid aims to "inspire citizens of all ages and walks of life to get involved, get engaged and to become active patriot leaders."

Presenting himself as an "anthropological progressive," the son of 20th century Russian immigrants as a write-in candidate against Republican Representative Vern Buchanan.

A win would make Newman the oldest currently serving member of Congress by at least a decade, ahead of Ralph Hall, 90.

He told local ABC television affiliate WWSB that his platform includes increasing the minimum wage and guaranteeing health care for all.

The entire House of Representatives and a third of the Senate seats are up for grabs in November's mid-term elections.