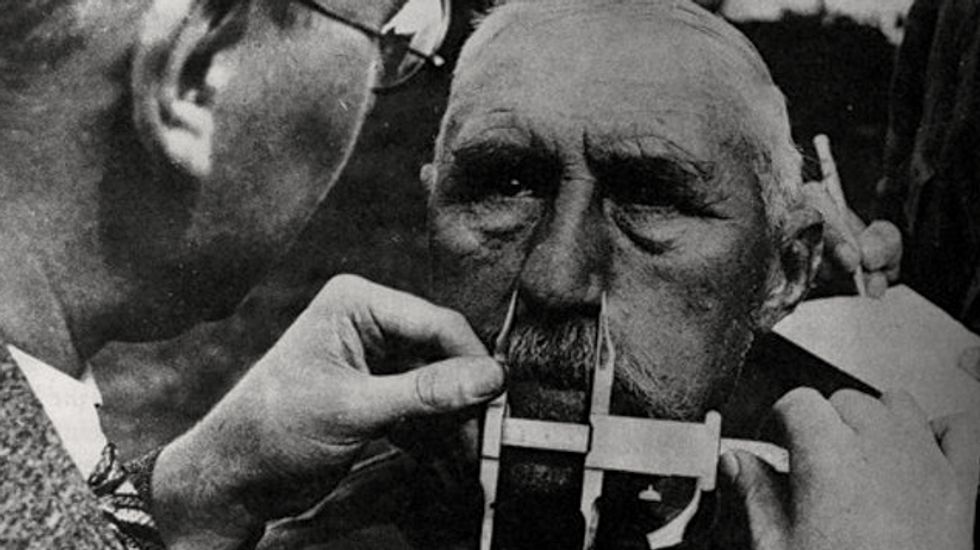 Advances in genetic sequencing are giving rise to a new era of scientific racism, despite decades of efforts to reverse attitudes used to justify the slave trade and Nazi theology, experts said on Friday.

New forms of discrimination, known as neoracism, are taking hold in scientific research, spreading the belief that races exist and are different in terms of biology, behavior and culture, according to anthropologists who spoke at the annual American Association for the Advancement of Science conference in Chicago.

"Genome science can help us a lot in the individualization of medical practice," said Nina Jablonski, an anthropology professor at The Pennsylvania State University.

But she warned that science could be "misused" to propagate the belief that people inherently have different abilities based on skin color or ethnic background.

She cited new research urging that children be identified based on their genetically predetermined educational abilities and then put in separate schools that could be used to foster different kinds of learning.

"We have heard this before and it is incredibly worrying," she said, recalling the segregation era when blacks and whites were schooled separately and African Americans were considered inferior.

- A matter of distortion? -

"The educationalists who are proposing this meant this in a positive way but it is something that could be easily distorted if it were implemented."

Many distinguished scientists in the United States recognize that race itself is not a biological variable, but they still buy into the notion that shared ancestry can impart certain biological characteristics, said Joseph Graves, an associate dean for research at the University of North Carolina.

While Graves did not dispute these findings, he said it is wrong to imply that genetic differences account for the vast health disparities between whites and blacks.

"The assumption is that African ancestry predisposes one to greater disease and mortality profiles in the United States," Graves said at the conference.

"This is what I call the myth of the genetically sick African."

Instead, social factors are more likely to blame for poorer health among blacks in the United States, he said.

Another concern is the ancestry tests that are now commonly sold online, a trend which feeds the notion that one's ethnic heritage may indicate the state of one's health, said Yolanda Moses, a cultural anthropologist at the University of California, describing these tests as "misleading."

Over the past decade, the expansion of DNA databases which include genetic profiles from people arrested -- but not convicted of crimes -- is also a concern, she said.

"Genetics have a profound impact on race and the criminal justice system," she said.

Ironically, a new focus on race as a basis for genomics began when the National Institutes of Health -- the world's largest funder of research -- mandated all its genetic studies to have as diverse a representation as possible, in an effort to eliminate health disparities and include more people of color in clinical trials.

When the Human Genome Project first started in the 1980s, this was not the case.

"We went from a world where genome mappers did not want to touch race with a 10-foot pole, to one in which projects and drugs could no longer survive without reframing their reason for being as a minority rights campaign," said Catherine Bliss, assistant professor of sociology at the University of California, San Francisco.

"What we have is an ethical and a fiscal pressure to racialize research and applications across the board," she said.