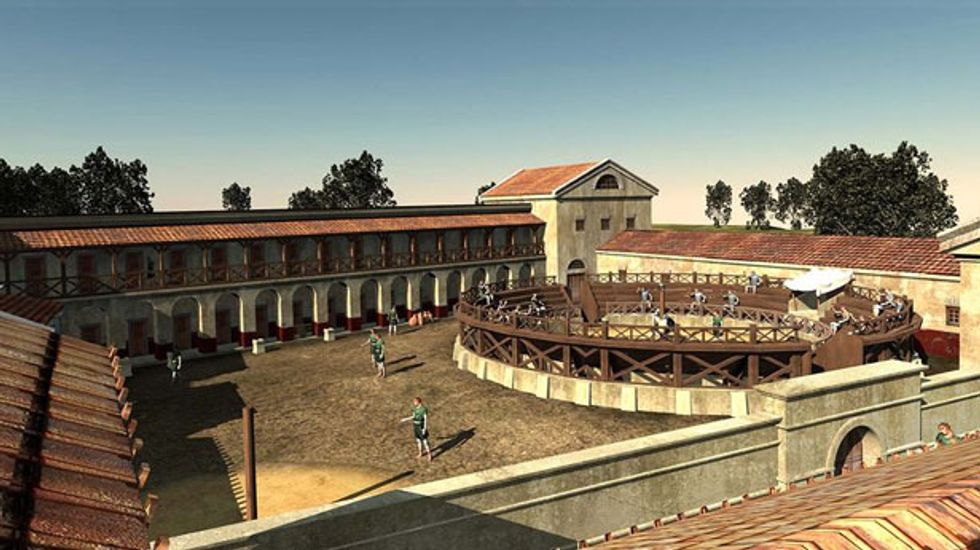 A team of archaeologists said Wednesday they have discovered the almost complete remains of a Roman school of gladiators on the banks of the Danube in Austria and virtually recreated the site using sophisticated techniques.

The so-called ludus "is on a scale to rival the famous ludus magnus, the gladiatorial school behind the Coliseum in Rome," the archaeologists said in a statement.

The team, announcing their findings in the journal Antiquity, said the "spectacular" find at Carnuntum was mapped and virtually reconstructed using non-invasive techniques such as aerial surveys, electromagnetic induction and ground-penetrating radar.

"The resulting archaeological maps and plans of individual buildings, streets and Roman infrastructure allow the virtual reconstruction of the city layout and the development of ancient land- and townscapes in two and three dimensions," they said.

"Although some 100 ludi are thought to have existed in the Roman Empire, almost all have been destroyed or built over," said the team, from Austria, Belgium and Germany.

Excavations in the late 19th and early 20th centuries revealed many elements of the Carnuntum complex including a legionary fortress and town, but the ludus was only discovered in 2011.

Carnuntum was the capital of Upper Pannonia in Roman times and a major trading centre for amber.

Its archeological park contains the ruins of amphiteatres, Roman baths and the remains of a monumental arch known as Heidentor.