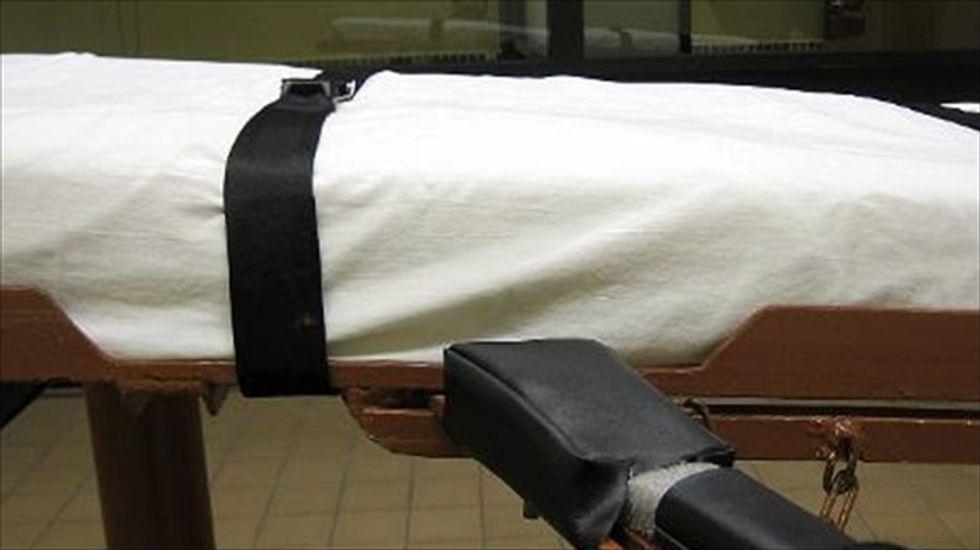 A group of death row inmates won a US court ruling temporarily blocking executions in Arkansas until the southern state's legislature specifies which barbiturate drug should be used in lethal injections.

Friday's decision was the latest chapter in a growing controversy on lethal injection drugs in states that practice the death penalty.

Pulaski County Circuit Judge Wendell Griffen pointed to an "absence of guidelines" in Arkansas's 2013 law on execution procedures, adding that it "didn't fix all the flaws that were in the previous law," according to Jeff Rosenzweig, a lawyer for the death row inmates.

The law orders prison authorities to use a barbiturate when conducting executions, without specifying which one, and fails to indicate what type of training necessary for staff who administer lethal injections.

The inmates said the law violated their rights under the US Constitution's Eighth Amendment, which protects against "cruel and unusual punishment."

Arkansas, which has not put an inmate to death since 2005 and has 298 prisoners on death row, has no execution scheduled at this time.

It is among several states weighing changes to execution methods as they face a shortage of the most commonly used anesthetic, pentobarbital, and a growing number of inmate lawsuits.

European manufacturers have refused to supply the drug to put people to death and US prison authorities have instead turned toward different suppliers or products.

Some death row inmates have filed lawsuits asking courts to stay their executions until authorities can establish that the new products will not make them suffer in violation of their constitutional protections.

Washington state Governor Jay Inslee on Tuesday announced a moratorium on capital punishment, pointing to "too many flaws in the system."

The Kansas state senate is weighing abolishing the death penalty to replace it with life imprisonment, following the lead of 18 of the 50 US states and the capital Washington.