At 90, Zimbabwe's Robert Mugabe says he has the energy of 9-year-old 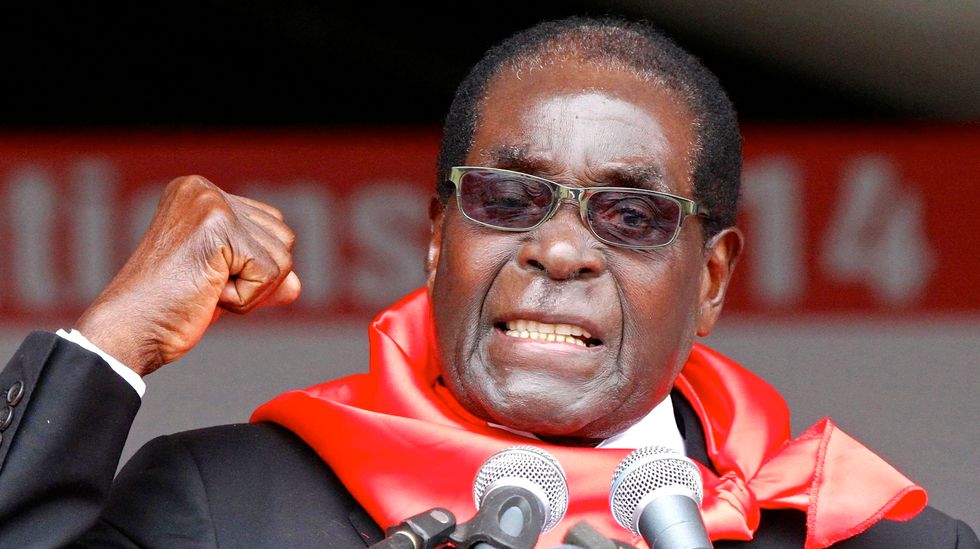 Robert Mugabe celebrated his 90th birthday on Sunday, having spent more than a third of his life as leader of Zimbabwe, lauded as a liberation hero by some and condemned as a human rights abuser by others.

At a birthday party-cum-political rally in a football stadium, Mugabe, showed no signs of ill health after returning from Singapore for what aides said was a cataract operation.

"I am made to feel youthful and as energetic as a boy of nine," a smiling Mugabe told thousands of supporters at the party, held a few days after his birthday due to the Singapore trip.

Zimbabwe's sole ruler since the former Rhodesia gained independence from Britain in 1980, Mugabe is under Western sanctions. He denies human rights abuses and election fraud and blames former colonial power Britain for smearing his name.

"The British, we don't hate you, we only love our country better," he told the crowd, saying he had received many birthday greetings from compatriots and from foreign leaders including those of China and Russia.

Mugabe's age and concerns about his health have fuelled a succession battle inside his ZANU-PF party. Vice-President Joice Mujuru leads the field but faces a challenge from Justice Minister Emmerson Mnangagwa, a powerful former defense and security minister known as "the Crocodile".

In an apparent response to questions over his health, Mugabe said his abstinence from alcohol and tobacco kept him fit, but he gave no indication of when he planned to retire. His aides have denied speculation he has been treated for prostate cancer.

"God, I can't thank you enough for that gift of life," Mugabe said during the event where he spoke for over an hour and walked around the stadium in the small farming town of Marondera, 100 kms (65 miles) east of Harare.

He told the crowd he intended to crack down on officials, including cabinet ministers, implicated in corruption and fraud in state companies.