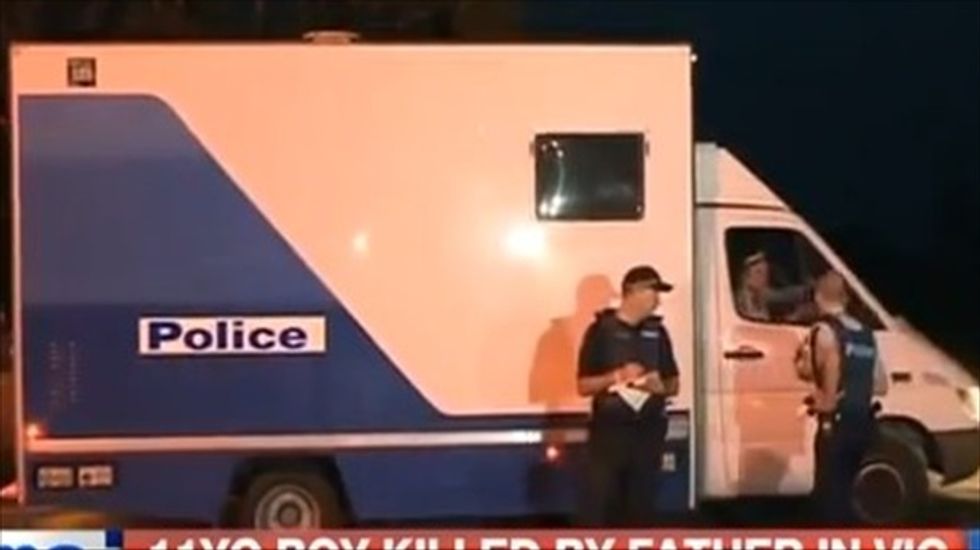 A community was in shock Thursday after a man killed his 11-year-old son at a cricket training session before being shot dead by police in front of bystanders, including children.

The boy was fatally beaten just after he finished training with his junior cricket team on Wednesday evening, suffering significant head injuries at the Tyabb oval on the Mornington Peninsula, some 100 kilometres (60 miles) southeast of Melbourne.

He died at the scene with police arriving to find the father, 54, armed with a knife. When capsicum, or pepper spray failed to subdue him, he was shot once in the chest.

The man was airlifted to hospital but died early Thursday, leaving a traumatised wife and mother who was at the cricket oval when the attack took place.

"I confirm that the male shot by police is the father of the child who is deceased and we're not looking for anyone else," police commander Doug Fryer told reporters.

"I can say the injuries are significant, clearly they caused his death, quite brutal, but I can't go into exactly what they were."

He added: "We're just putting the pieces together still."

Reports said the father was estranged from his wife and a custody battle was underway.

"The death of a young child is always going to be horrific. The reality is I don't know how the mother is going to cope with this," said Fryer.

"I can't go into the specifics and what culminated to cause the death of the young man or even the events leading up to the shooting of the father. I can say the homicide squad are here, taking primacy of the investigation."

Police said there were multiple witnesses to the boy's death, including children and parents, and they were being interviewed.

Tyabb is a small community of just 3,300 people and the events had left it devastated, Fryer added.

"It's a shocking time for everyone down there. The family, the community," he told reporters.

Watch a video report on the incident, as aired on 7News, below.