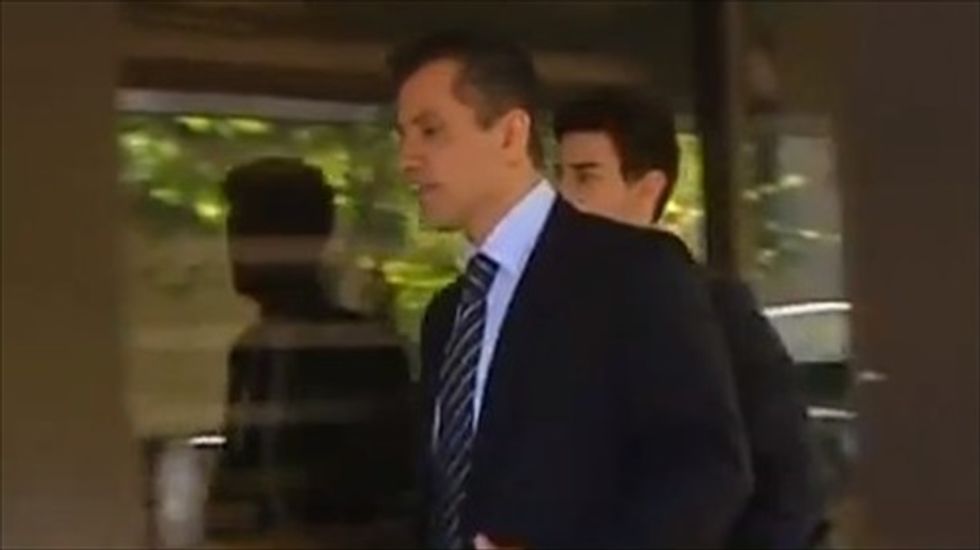 An Australian who threw his Canadian girlfriend off the balcony of their high-rise Sydney apartment in a crime that captivated the nation was Tuesday sentenced to 26 years in jail.

Simon Gittany was convicted of hurling his fiancee, former ballerina Lisa Harnum, from their 15th floor home in a fit of rage in July 2011 after discovering she planned to leave him.

The 40-year-old, who was steadfastly supported in court by a glamorous new girlfriend, maintained his innocence throughout the trial, claiming a suicidal Harnum, 30, slipped and fell after climbing over a railing.

But he was found guilty late last year and on Tuesday sentenced to a maximum 26 years and a minimum 18 years, with Justice Lucy McCallum saying he had shown no remorse and had little prospect of rehabilitation.

During his trial, the court heard Gittany was controlling, had installed CCTV cameras inside the apartment and used a computer programme to monitor Harnum's text messages and emails.

One of the cameras showed him restraining Harnum outside their home and then dragging her back inside on the night she died. Harnum was heard yelling: "Please help me, help me, God help me."

When the sentence was announced, a member of Gittany's family in the public gallery was removed from court after yelling: "In the name of Jesus Christ, he won't do any of that time."

Reporters said another woman celebrated when the sentence was handed down, shouting "Off the balcony you go" to Gittany.

His current girlfriend Rachelle Louise, who has fiercely defended Gittany, was noticeably absent for the sentencing. Reports said she had signed a lucrative deal with commercial network Channel Seven to tell her side of the story.

Watch a report from Australia's 7News, posted online on Monday, below.