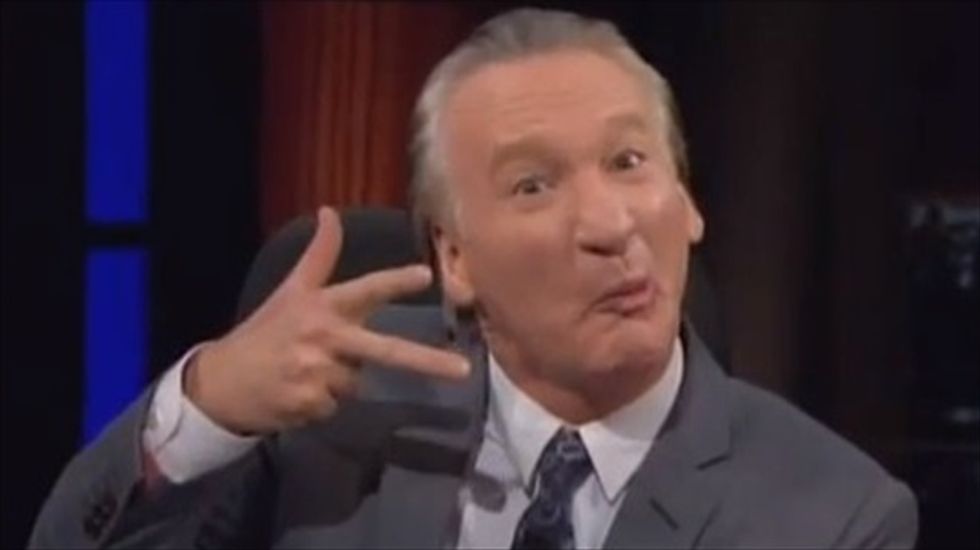 With more than a third of adults now getting their news through their Facebook feeds, Real Time host Bill Maher said on Friday, it's cause for concern that the tech giant is intent on pushing "micro-targeted" news even further with its "Paper" app.

"Hey, if one of the richest companies in America can get richer by making you a little stupider every time you look at your phone, small price to pay," Maher said. "And boy, does it make you stupider."

The app, Maher explained, only focused on the user's hand-picked interests, relieving them of the "burden" of information that might contradict their worldviews.

"But only seeing the stuff that confirms the opinions you already have isn't news -- it's Fox News," Maher said. "The reason so many Americans, for example, think climate change is a hoax is that their only source for science news is Glenn Beck, Fox and Matt Drudge, the cracker trifecta."

While newspapers are old-fashioned, Maher argued, they tell the reader what's important in general, not just what's important to them. Facebook, on the other hand, was good for posting pictures of one's lunch and their "duck face" (as he demonstrated in the picture above.)

Still, he did extoll some of the virtues of specific news feeds.

"I, for example, might see a lot of stories about pot, American history, and of course, Christian Mingle," Maher said. "Whereas Ted Nugent just gets ads for Prozac and bullets."